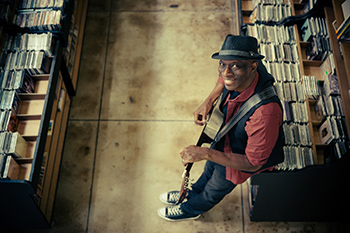 Keb’ Mo’ has cultivated a reputation as a modern master of American roots music through the understated excellence of his live and studio performances. His songs have been recorded by B.B. King, Buddy Guy, the Dixie Chicks, Joe Cocker and Robert Palmer, and his playing inspired leading instrument maker Gibson Brands to issue the Keb’ Mo’ Signature Bluesmaster acoustic guitar. He has collaborated with Bonnie Raitt, Jackson Browne, jazz diva Cassandra Wilson, Buddy Guy, Amy Grant, Solomon Burke and Little Milton. He also performs the theme song for thesitcom “Mike & Molly” and was music director for TV’s “Memphis Beat.” More information about him is available at http://www.kebmo.com.