The Raymond Carver Reading Series in the College of Arts and Sciences continues with a visit by Bridget Lowe G’09. On Wednesday, Feb. 25, the renowned Missouri poet will participate in a Q&A at 3:45 p.m., followed by a reading at 5:30 p.m. Both events, which are free and open to the public, will take place in Gifford Auditorium. 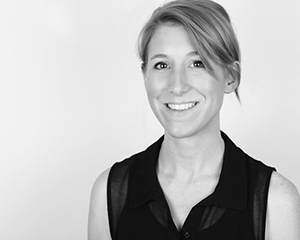 The Carver Series is presented by the M.F.A. Program in Creative Writing, in conjunction with the English department’s “Living Writers” (ETS 107) course. For more information, call 315-443-2174.

Lowe made her debut with the acclaimed collection, “At the Autopsy of Vaslav Nijinsky” (Carnegie Mellon University Press, 2013). Her work has also appeared in a variety of journals and anthologies, including The American Poetry Review, The New Republic, and The Best American Poetry series.

Herbert Leibowitz, publisher and founding editor of Parnassus: Poetry in Review, describes her work as “uncommonly mature.” “[Her poems] conduct a forensic inquiry into ways to heal the rifts between mind and body, the traumatic wars between our animal and spiritual selves,” he writes.

Lowe’s “intriguing use of character and persona,” as 32 Poems magazine puts it, draws inspiration from such historic figures as 16th-century French philosopher Montaigne; his Italian counterpart, Cardano; and the 17th-century English writer and scientist Sir Thomas Browne.

“I’m attracted to the voices of those who insist on their humanness, sometimes in spite of people or forces around them, trying to deny them that,” she recently told Parnassus. “I love reading firsthand accounts of saints—people who have come close to or [have] encountered the ecstatic and want to describe it to you.”

While enrolled in Syracuse’s M.F.A. program, Lowe won the Hayden Carruth Poetry Prize and the Peter Naegoe Fiction Award. She also was chosen from among 900 applicants to receive the “Discovery”/Boston Review Poetry Prize.

Since then, critics have lavished praise on Lowe for her “formal invention, uniqueness of voice and clarity of vision” and for pushing the genre beyond its “initial borders.” These qualities are on full display in her recent contributions to “12 Women: An Anthology of Poems” (Carnegie Mellon, 2014).

The Carver Series is named for the great short story writer and poet who taught at Syracuse in the 1980s. Upcoming readers in the series are E.C. Osondu G’07 (March 25), Ron Padgett (April 1) and Ishion Hutchinson (April 22).