The  School of Architecture has announced that the Spring 2015 Richard Gluckman Visiting Critics will be Gena Wirth, an associate with SCAPE Landscape Architecture in New York City, and Katherine Hogan ’05 and Vincent Petrarca of tonic design/tonic construction in Raleigh, N.C. The Richard Gluckman Visiting Critic Endowed Fund was established by Fred Stelle B.Arch ’70, M.Arch ’71 and his wife, Bettina Stelle, in 2012 to honor Richard Gluckman B.Arch ’70, M.Arch ’71, bringing outstanding architects and scholars from around the world to lead studios at the school.

“We are grateful to Fred for creating this special gift in honor of Richard that provides these incredible opportunities for our students. Both of these accomplished alumni exemplify excellence in the field of architecture and have been truly extraordinary in their support for the School of Architecture,” says Dean Michael Speaks. 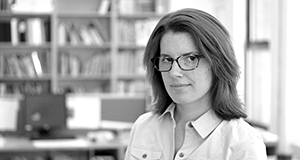 Wirth is a designer, urban planner and horticulturalist. She leads projects that bridge research and practice based on her interdisciplinary training to create ecologically rich and culturally relevant landscapes from the infrastructural scale to the site level. Projects include the Columbia University Medical and Graduate Education Building Landscape and Town Branch Commons in Lexington, Ky. Wirth will lecture at the School of Architecture on April 2.

Hogan, an architecture advisory board member, is co-principal with husband Petrarca at their award-winning firm. Tonic’s hybrid model of professional practice furthers the flexibility to take on various roles as both architect and contractor with a range of residential and small-scale commercial projects. This blended perspective allows tonic to build and implement its own designs as well as designs of other architects, with the highest emphasis on craft. Hogan and Petrarca will lecture at the School of Architecture on Feb. 24. 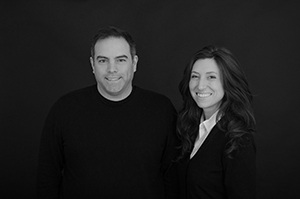 Fred Stelle heads Stelle Lomont Rouhani Architects located in Bridgehampton, N.Y., and has lectured at the school and taught visiting critic studios.  Gluckman, a past chair of the Syracuse Architecture advisory board, is the founder and principal of Gluckman Mayner Architects based in New York City. Projects include the Nancy Cantor Warehouse in Syracuse, Syracuse University School of Law’s Dineen Hall and the Perelman Building at the Philadelphia Museum of Art. Gluckman has been a visiting critic and lecturer at universities including Harvard, Columbia and Syracuse. His awards include the National Design Award, an AIA National Honor Award and the Arents Award from Syracuse University. A monograph, “Space Framed: Richard Gluckman Architect,” was published by the Monacelli Press in 2000. He is currently working on several projects in China.