Pianist Steven Heyman, an associate professor of music in the College of Visual and Performing Arts’ Rose, Jules R. and Stanford S. Setnor School of Music, will present a faculty recital on Tuesday, Feb. 24, at 8 p.m. in the Rose and Jules R. Setnor Auditorium, Crouse College. The recital is free and open to the public. 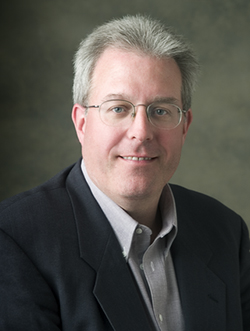 The program will include music by Ives, Beethoven, Liszt, Wild, Albright and Bolcom, Albéniz and Ravel.

Heyman has appeared in solo recitals, chamber music concerts and as concerto soloist throughout the United States, Canada and Europe. He has appeared in London, Paris, Prague, Munich, Vienna, Salzburg, Oslo, Montreal, Quebec, Los Angeles, Cincinnati, Milwaukee, Washington, Salt Lake City, Juneau, Philadelphia and New York, among others. He has won prizes in more than a dozen national and international competitions.

Active in new music, Heyman has been involved in dozens of premieres, including those in Mexico, Europe and Asia, and has CD recordings on the Opus One, Leonarda, Renegade Classics, Innova and Squires labels. Recent CD releases include a double CD on Innova dedicated to new music commissioned by Syracuse’s Society for New Music titled “Serendipity,” which has two works written for and dedicated to him. “Serendipity” won a SAMMY Award, a Central New York award for excellence in recorded music.

Heyman received his education at the Juilliard School as a scholarship student of the late, legendary artist/teacher Adele Marcus and at the Hochschule für Musik und Darstellende Kunst in Vienna with Hans Graf.

For most Setnor events, free and accessible concert parking is available on campus in the Q-1 lot. If the lot is full or unavailable, guests will be directed to alternate lots. Campus parking availability is subject to change; call 315-443-2191 for current information or for more information about the concert.