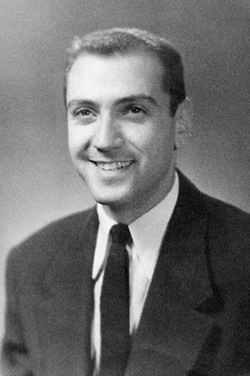 “The Harry der Boghosian Fellowship will help us to attract the best and the brightest emerging professors to the School of Architecture, enhancing student instruction and faculty discourse while supporting research areas valuable to architectural education and the discipline,” says Dean Michael Speaks. “Harry der Boghosian was an outstanding alumnus of the school, an accomplished teacher and academic, and we are thrilled that his legacy will continue with the creation of this generous gift.”

Der Boghosian Fellows will play a significant role at the school, providing students with the opportunity to collaborate on projects while developing a unique design research project that both advances their work and career and contributes to the intellectual and design life of the school. 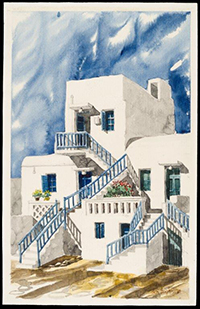 “This tremendous gift to the School of Architecture will greatly help us as we work toward making Syracuse University the best place for students,” says Chancellor Kent Syverud. “The Der Boghosian Fellows will make a major impact on teaching and research in the school and on the University as a whole.”

Der Boghosian served in the U.S. Army as a communication specialist in Landshut, Germany. After his return, he worked at two Syracuse firms—Sargent, Webster, Crenshaw & Folley and King & King Architects. In 1970, he became a tenured faculty member at the University of Arizona in Tucson, Ariz.

In addition to his many awards and achievements in the field of architecture, der Boghosian published a book on the fountains of Rome featuring his photography titled “The Fountain Festival of Rome.” He was also an accomplished watercolor artist and avid world traveler.