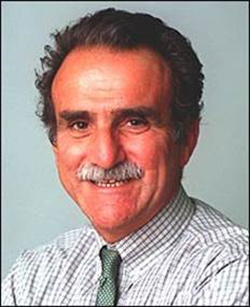 The Syracuse University Art Galleries will present “Master Thieves: The Boston Gangsters Who Pulled Off the World’s Greatest Art Heist,” a lecture by Pulitzer Prize winning reporter Stephen Kurkjian.  The lecture will be presented Wednesday, Feb. 18, at 5:30 p.m. in Maxwell Auditorium.

Copies of Kurkjian’s forthcoming book on the case, scheduled to be released March 10, will be available for sale and the author will participate in a book signing after the presentation. This event is free and open to the public. For parking information, visit http://parking.syr.edu.

A Boston native, Kurkjian spent 37 years as an editor and reporter for the Boston Globe before retiring in 2007. During his career, he shared in three Pulitzer Prizes and won more than 20 regional and other national awards. Kurkjian was a founding member of the Globe’s investigative Spotlight Team, and was named chief of the Globe’s Washington Bureau in 1986. His 2005 article about the theft of 13 pieces of artwork from the Isabella Stewart Gardner Museum is regarded as the most complete account of the still-unsolved crime.

Kurkjian’s reporting is responsible for some of the biggest breaks in this story, including a meticulous reconstruction of what happened at the museum the night of the crime. The publication of “Master Thieves” will reveal the identities of those he believes plotted the heist, the motive for the crime and the details that the FBI has refused to discuss. Taking you on a journey deep into the gangs of Boston, Kurkjian emerges with the most complete and compelling version of this story ever told.

Complete information on the event is available by visiting the website at http://suart.syr.edu/.