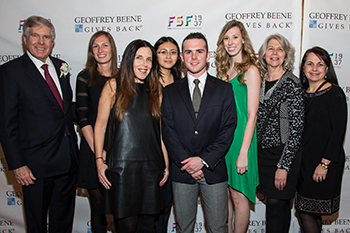 The scholarships are awarded based entirely on merit, taking into consideration the applicant’s GPA, the completion of a case study project, a personal essay and an interview with a YMA FSF ambassador. SU’s ambassador is Abbey Doneger, president and CEO of the Doneger Group.

Founded in 1937, the YMA FSF is an international nonprofit organization composed of influential members of the fashion industry. The FSF’s goal is to advance the fashion industry by encouraging gifted and enterprising young people to pursue careers in design, merchandising, retailing and business so the industry will continue to attract dedicated, capable and creative individuals.