Syracuse University faculty members are available for interview on a variety of timely topics. Our faculty members provide insight that moves the story forward, and information that shines a new light on important research of interest to your audience. Here’s what they’re saying today: 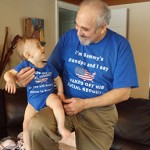 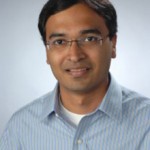 Researchers at Syracuse University are investigating new ways of keeping computer chips cool. As processing speeds increase, so does the heat generated by the devices. Professor Shalabh Maroo and his team are looking at ways to cool these chips through liquid. Specifically, how to handle problems that come up when the liquid used to cool the chip starts to boil, actually reducing the ability of the chip to cool itself. “Theoretically, we can prevent boiling with use of novel nanotechnology, and achieve nanoscale evaporation, which can remove 10 times as much heat compared to boiling,” says Maroo. He and his team recently received a $500,000 grant to find ways to cool the next generation of mobile devices, which require cooling rates as much as 10 times greater than is currently possible.

Putting an End to Sexual and Relationship Violence 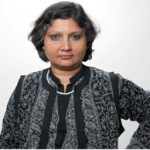 While the spotlight is shining on college campuses nationwide regarding rape and sexual violence, a growing number of schools are taking a very public stand to combat the problem. On Friday, Feb. 13, the Syracuse University community will again organize and raise awareness about the global crisis of gender violence during the annual SU Rising: Stop Sexual and Relationship Violence event. This is the third consecutive year that Syracuse University has joined playwright and activist Eve Ensler’s “One Billion Rising” international call to action. The event will begin at 6 p.m. at Hendricks Chapel and is free and open to the public. You can also follow the conversation leading up to and during the event on Twitter at #SURising. “In the last few months, we have seen issues of sexual assault on college campuses suddenly gain a lot of attention and, legislated by the both the federal and state government, highlighted in the media and focused on at Syracuse University,” says Tula Goenka, associate professor in the Newhouse School and faculty advisor of Students Advocating for Sexual Safety and Empowerment (SASSE). “This makes it a critical time to continue to show our support for victims and survivors and fight against all forms of gender violence so that our own campus and the world around it can change for the better.”

Syracuse University faculty are available for interviews over the phone or via our Newhouse Studios via LTN. Please contact Keith Kobland at 315-443-9038/415-8095 or kkobland@syr.edu.