Pamela Shoemaker, the John Ben Snow Professor at the Newhouse School, has been honored with the prestigious Paul J. Deutschmann Award for Excellence in Research by the Association for Education in Journalism and Mass Communication (AEJMC). The award recognizes a body of significant research over the course of an individual’s career. 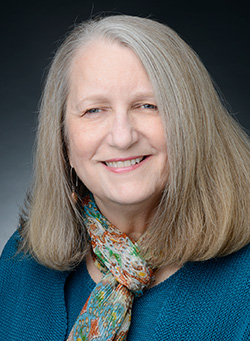 Shoemaker is the author of “Mediating the Message in the 21st Century: A Media Sociology Perspective” (with Steve Reese, 2014); “Gatekeeping Theory” (with Tim Vos, 2009); “News Around the World: Practitioners, Content and the Public” (with Akiba Cohen, 2006); “How to Build Social Science Theories” (with James Tankard and Dominic Lasorsa, 2004); “Mediating the Message: Theories of Influences on Mass Media Content” (with Steve Reese, 1991, 1996); “Gatekeeping” (1991); and “Building a Theory of News Content” (1987). “News Around the World” was named one of the “top ten resources for teaching undergraduates about the role of media in society” by Routledge.

She has been co-editor (with Michael Roloff) of the top-ranked journal Communication Research (Sage) since 1997. Earlier, she was associate editor of Journalism and Mass Communication Quarterly and has served on the editorial boards of many journals.

Shoemaker received the inaugural Guido H. Stempel III Award for Journalism and Mass Communication Research from the E.W. Scripps School of Journalism at Ohio University in 2013. The award recognizes a body of research that has benefited the professions of journalism and related mass communication fields.

Shoemaker will receive the award at AEJMC’s annual conference, which will be held in August in San Francisco.