Immediately after the concert, there will be a reception in the Noble Room of Hendricks Chapel. 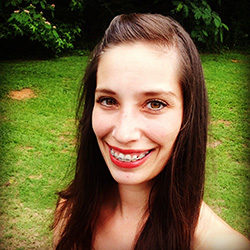 Jenkins has performed across the United States in such venues as St. Louis’ Christ Church Cathedral, the Sheldon Concert Hall, Cleveland’s Trinity Lutheran Church and twice at the Kennedy Center in Washington, D.C. A 2012 graduate of the Oberlin Conservatory of Music with degrees in both piano and organ performance, she finished a master’s degree in organ performance and church music from Mercer University in May 2014. She has performed solo piano concerti with the Washington University Symphony, the Webster University Symphony, the Belleville Philharmonic, the Alton Symphony, the University City Symphony and the St. Louis Symphony Youth Orchestra at Powell Symphony Hall.

As a chamber musician, Jenkins has twice competed in the Fischoff National Chamber Music Competition. She has attended summer festivals, including the Bowdoin International Music Festival, the International Institute for Young Musicians, the Indiana University Piano Academy, the Innsbrook Institute and the Eastern Music Festival, where she was a finalist in the concerto competition. Her piano teachers have included Robert Shannon, Alvin Chow, Jack Winerock, Zena Ilyashov and Marie Garritson Jureit-Beamish.