Child and family studies doctoral student Kimberly Davidson and Jaipaul Roopnarine, the Jack Reilly Endowed Professor of Child and Family Studies and director of the Reilly Institute for Early Childhood and Provider Education, have received a $25,000 grant from the U.S. Department of Health and Human Services, Administration for Children and Families, Head Start Research Scholars. They will explore how children learn about race and ethnicity and the roles that home environment, the neighborhood where they live and the child care programs they attend play in their racial and ethnic socialization. 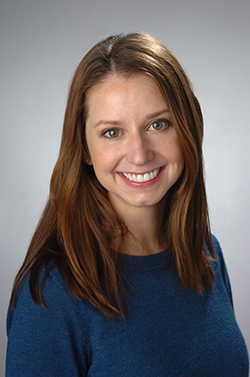 The study’s findings have the potential to influence Head Start policy development related to multicultural curriculum, teacher professional development and parent involvement strategies, as well as to increase parent-teacher communication at the community level.

As the U.S. population continues to diversify, early childhood programs strive to meet the needs of culturally diverse families. While parents and teachers are the primary providers of socialization that gives young children the tools they need to thrive in today’s diverse world, they often do not adequately address topics of race and ethnicity, which is detrimental to healthy child development.

Davidson’s and Roopnarine’s study seeks to examine the racial-ethnic socialization of preschool-age children in home and school environments by multiple caregivers. Using cultural-ecological models as a guide, the study looks at components within each socialization setting that include: parents/teachers, physical environments and the racial-ethnic composition of neighborhoods/child care programs.

Utilizing a proposed sample of approximately 200 three- to five-year-old children and their families that participate in Head Start programs in Upstate New York, the researchers will examine the effects of similar and dissimilar home and school racial-ethnic socialization on children’s socioemotional and cognitive development. The racially and ethnically diverse population of Head Start families will allow the researchers to define typologies of socialization between groups and will speak to the variation of child care needs by cultural orientation.

Davidson was honored in 2013 with the Alice Sterling Honig Award for graduate studies excellence in the Department of Child and Family Studies. A member of the Kappa Omicron Nu honor society, she has published several peer-reviewed journal articles, including “Parenting practices in Guyana and Trinidad and Tobago: Connections to preschoolers’ social and cognitive skills,” in the Interamerican Journal of Psychology. Along with Roopnarine, she currently has book chapters in press: “Cultural variations in young children’s play: A selective overview,” in The SAGE Encyclopedia of Contemporary Early Childhood Education and “Parent-child play across cultures: Theoretical considerations and suggestions for advancing play research,” in the Handbook of the Study of Play.

Davidson’s master’s thesis at the University of Tennessee examined the conceptualizations of race and ethnicity in a preschool classroom. Since arriving at Syracuse University, Davidson has worked closely with Roopnarine in developing seminars for local childhood educators through the Jack Reilly Institute for Early Childhood and Provider Education. She also serves as editorial assistant for the journal Fathering, which Roopnarine edits.

Davidson has served as a teaching assistant for several classes in the Department of Child and Family Studies, including “Child and Family in Cross-Cultural Perspectives” and “The Development of Children and Youth.” She is currently independently teaching the CFS course “Family and Child Intervention.” She is vice president of the Student Council on Family Relations and is a member of the Society for Research on Child Development, Society for Cross-Cultural Research and the National Association of Multicultural Education.