Three years of intensive coursework and countless hours of study and preparation come down to a rigorous two-day test of legal knowledge, analysis and sheer determination.

The bar exam is the final hurdle for those studying law to be admitted as practicing attorneys. 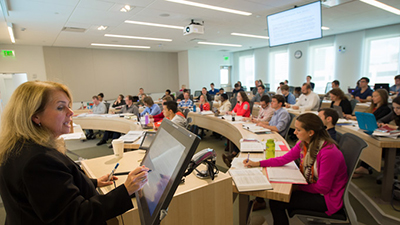 To ensure that new graduates taking the bar exam had academic assistance, the College of Law initiated a revised set of academic standards several years ago.

To ensure that new graduates taking the bar exam had academic assistance, the College of Law initiated a revised set of academic standards several years ago.

The 2014 graduating class was the first in the college to graduate under the amended academic standards. And the results of the most recent New York State bar exam, for those first-time takers, were encouraging. The administration will be monitoring the pass rate to see if the academic changes have an impact over time and see if other changes are important as well.

The pass rate of Syracuse law graduates taking the state bar for the first time in July was 87 percent. The percentage is three points higher than in the previous year and part of a steady increase since 2011.

That compares to the 83 percent pass rate for all graduates from New York law schools taking the test for the first time in July, according to the New York State Board of Law Examiners. There were 3,740 first-time test takers from the 15 New York law schools. This year the top bar pass rates were New York University and Cornell, 94 percent; Columbia, 92 percent; Syracuse and St. John’s, 87 percent.

“It was terrific news for the students who are now alumni and for the faculty and for our tremendous staff,” College of Law Dean Hannah Arterian says.

Arterian notes that seeing just the results from the first class graduating under these new standards is not enough to prove a connection between the changes and the improvement. “You need to see a couple years of results before you can have confidence that we did X, so therefore Y happened,” Arterian says.

The revised set of academic standards came about following an analysis by a member of the Office of Enrollment Management who looked at predictors of success on the bar exam among College of Law graduates over the past several years. The analysis showed that one of the strongest predictors of success on the bar exam was reflected in a student’s grade point average when they graduated.

After reviewing the analysis, the College of Law then began instituting some changes to both predict those who might not do well and address ways to promote greater success.

“The first was to change the grade curve in the first year, so that it really forced, in some instances, more actual recognition of when there was severe academic weakness,” Arterian says.

In law school, in general, grades are determined on one exam in each course at the end of each semester. “There is a lot riding on one exam and making changes in grade distributions on those exams can have an impact on academic standings,” she says.

The next change came in looking at a more structured curriculum for students who were in good academic standing after their first year but may have certain weaknesses that would put them at risk of failing the bar. Those students were then required to take certain foundational courses that are especially crucial for the bar exam, such as “Commercial Transactions,” “Constitutional Criminal Procedure,” “Corporations,” “Evidence,” “Foundational Skills for Attorney Licensing” and “New York Civil Practice.”

“I think of it as learning a new language—you have to get the basics down before you can figure out the rest,” Arterian says.

Students during their first year of law school essentially have no choice in the courses they take, but in the following years, they can select more courses outside of the traditional foundational courses.

“Prior to the new structured curriculum, there was a strong correlation between students who had weak GPAs after their first year and who then voluntarily took these more foundational courses. They significantly outperformed predictive expectations based upon their first-year GPA when they took the bar,” Arterian says.

“Our view is we’re responsible for doing everything we can to make sure the students succeed, and for some students the structured curriculum was the way,” she says “In my own view these are foundational courses for every J.D. graduate, and every student should take them.”

Syracuse law students have always had a strong work ethic, Arterian says. “They have forever been the ‘Roll up your sleeves, we can do the work’ people. They do it and they are usually very successful at what they do.” 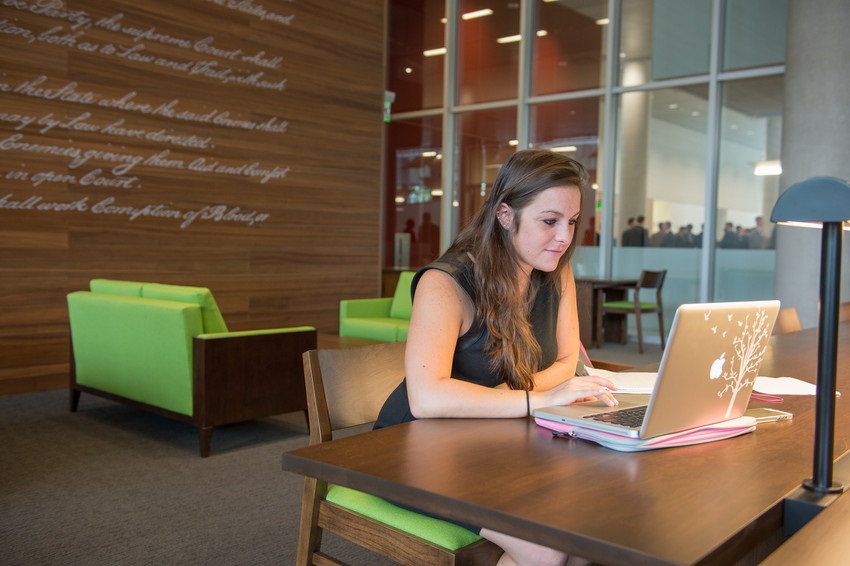 But the College of Law, which also assists students with bar preparation workshops, has to make sure it’s making critical decisions in its curriculum to enable students to do their best.

“We have a lot of responsibility to cross the academic with the professional growth of our students. We’re up to that and these results demonstrate that,” Arterian says.

Administrators, who have also adjusted student retention and readmission standards to further ensure the strength of the class cohort, will continue to monitor the new standards and student progress.

Beyond the new standards, Arterian says the results ultimately rest with the students who took their law school work seriously and put the pressure on themselves to study.

“They have to work very, very hard after they graduate to prepare for this exam and they do it,” says Arterian, who notes that in other states the bar exam pass rate for first-time Syracuse graduates has been 100 percent.

“It’s been a great year for the college, with a wonderful new building and an entering class that is stronger than it’s ever been in terms of academic credentials,” Arterian says. “This bar pass rate in New York—and around the country—is a moment for everybody to feel good about.”