David Hoffman, creative director at Shapiro, Bernstein & Co. Inc., one of America’s oldest independent publishing companies, will present a lecture on Tuesday, Feb. 3, at 6:30 p.m. in the Lender Auditorium (Room 007), located on the concourse level of the Martin J. Whitman School of Management. The lecture is part of the Bandier Program’s Soyars Leadership Lecture Series in the College of Visual and Performing Arts’ (VPA) Rose, Jules R. and Stanford S. Setnor School of Music. It is free and open to the University community. 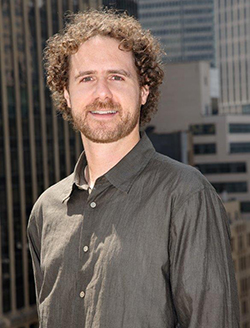 Hoffman, a 1995 graduate of the S.I. Newhouse School of Public Communications, is in the unique position of being both an A&R representative as well as overseeing the creative pitching of the entire Shapiro Bernstein catalog to TV, film, ads and games all over the world.

Additionally, Hoffman has served as a music supervisor for such clients as Apple and Puma as well as the documentary “Still Bill,” the story of Bill Withers. He was a professional drummer with the popular instrumental funk/jam band ulu, touring upwards of 220 nights a year. Before hitting the road, he worked at BMI and Giant Step Inc.