On the heels of being elected president (2014-2016) of the National Women’s Studies Association (NWSA), Vivian May, associate professor and chair of Women’s and Gender Studies in the College of Arts and Sciences has just published her latest book, “Pursuing Intersectionality, Unsettling Dominant Imaginaries” (Routledge, 2015). 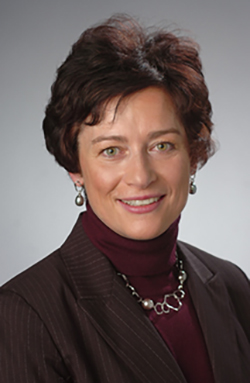 This is May’s second book, and though it has only been out for a few days, it’s already receiving high praise from peers in her field.

“Vivian May’s book is the first that analyzes intersectionality from a broad historical vantage point, taking readers back to 19th century black feminist discourse,” says Beverly Guy-Sheftall, founding director of the Women’s Research and Research Center at Spelman College. “Complex, nuanced, thorough and meticulous in her engagement with the debates that now swirl around this influential theoretical analytic tool, May engages its critics and advocates with passion and clarity. A must-read for scholars and practitioners committed to social justice movements and anti-oppression ideologies.”

“The past 10 months have been incredibly busy but, at the same time, profoundly rewarding,” says May. “To wrap up a book project and be elected to lead the world’s largest scholarly association dedicated to women’s studies is humbling.” 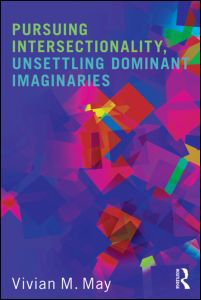 A member of the Syracuse faculty since 2002, May is among the first Ph.D.s in women’s studies in the U.S.: she earned her Ph.D. from Emory University. She’s held faculty positions at Texas Woman’s University, Teachers College, Columbia University and William Paterson University.