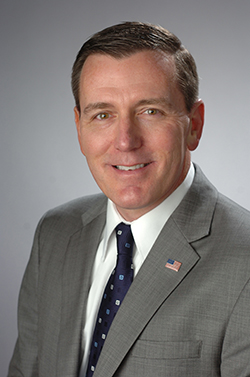 As executive director, Novack will play a principal role in developing and directing the long-term planning and operational activities in support of the broad portfolio of veteran and military-connected programs at the University. Col. Novack will also serve as campus liaison to VMA’s partners and stakeholders and as lead integrator with other university departments developing strategies and initiatives focused on engaging and empowering the University’s military-connected students, staff and alumni.

“Colonel Ron Novack is a proven and principled leader,” says J. Michael Haynie, Vice Chancellor for Veteran and Military Affairs. “Chancellor Syverud and I are excited to have him join us in our ongoing efforts to position Syracuse University nationally as a leader in advancing educational opportunity for the nation’s veterans and their families.”

Novack enlisted in the U.S. Army in 1982, and served in Belgium and France before attending Officer Candidate School in 1990. He was commissioned as a field artillery officer in the branch detail program and became a quartermaster officer in 1992. He has served in numerous command and staff positions during his 32 years of service, retiring from the Army in November of 2014.

Most recently, Novack served as deputy commander, Capabilities, Development, Integration (CDI) for the U.S. Army’s Combined Arms Support Command, Ft. Lee, Va., where he directed the training, education and leader development of Army sustainment professionals and led a workforce of 300 military and civilian employees in over six directorates.

Novack is a graduate of the University of Maryland with a B.S. in management, and he holds an M.B.A from Embry-Riddle Aeronautical University and an M.S. in national resource strategy from the National Defense University.