Q & A: Christopher Faricy on the State of the Union Address 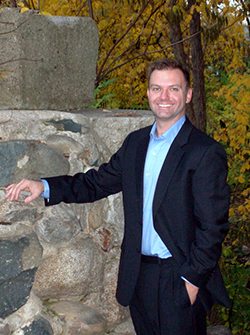 From the economy to the war on terror, President Obama touched on a wide range of issues during his State of the Union address Tuesday night. Christoper Faricy, assistant professor of political science in the Maxwell School and author of the book “Welfare for the Wealthy: Parties, Social Spending, and Inequality in the U.S.” offered his thoughts on Obama’s second-to-last State of the Union speech.

Q. One of the president’s proposals involved a tax hike for the wealthy to fund social programs for the middle class. What kinds of programs would be most successful to help boost middle income Americans? Is a tax cut enough?

A. The programs proposed would help at the margins by allowing middle class families to keep more of their paycheck and pay for costs of raising children. The U.S. is one of the few countries that does not guarantee paid sick and maternity leave. The president urged Congress to pass the Healthy Families Act, which would provide workers up to seven days of paid sick leave. He addressed closing the gender pay gap, overtime pay and increasing the minimum wage. Although not highlighted in the speech, the president has proposed a slate of middle-class tax breaks, including for two-income families, child care, higher education costs and retirement savings.

Q. Do his proposals actually stand a chance of coming to fruition, or is this just the kind of rhetoric we can expect from a president in his second term?

A. No. While the programs listed above have some bipartisan support, the idea of paying for them with tax hikes on the rich is a nonstarter in Congress. The president is playing a long game, laying the rhetorical framework for the 2016 election and trying to attach popular center-left ideas to a surging economy with the hope that voters will associate economic growth with Democratic policy ideas.

Q. Was there anything in particular from last night’s speech that resonated with you personally?

A. Yes, he spent a lot of time prior to the speech talking about taxing and regulating big banks, but that was not mentioned at all in the speech. At the end of the speech, he tried to reclaim the mantle of candidate Obama, the “uniter,” and stressed the importance of the country coming together. I thought it was a good rhetorical device to connect the comeback of the Minnesota family to America’s economic comeback.

Q. If you were to give a grade to the president based on the State of the Union address, what would it be?

A. I thought the speech was a C+ but the delivery was an A-.