A professor in the College of Arts and Sciences is among the presenters at an upcoming arts leadership symposium in Rochester, N.Y.

Mark Nerenhausen, professor of practice and founding director of the Janklow Arts Leadership Program, will speak about cultural entrepreneurship at a daylong program titled “Entrepreneurism in the Arts: A Call to Action in ROC” on Wednesday, Jan. 14, at the Sibley Tower Building (25 Franklin St., Rochester). The event is free and open to the public, but is limited to 125 attendees. To register, visit 21stcenturyarts.net.

Nerenhausen will be joined by a half dozen other presenters, including keynote speaker Janet Rodriguez, founding president and CEO of SoHarlem, a community-based social enterprise benefiting the Manhattanville Factory District, one of New York City’s most successful urban revitalization projects.

The symposium is produced by Rachel DeGuzman, president and CEO of Rochester-based 21st Century Arts, as well as a program partner of the Janklow Program.

“This symposium addresses a hot-button issue among arts and business leaders,” says Nerenhausen, whose presentation is titled “What Is Entrepreneurship?” “Cultural entrepreneurship is more than just a business model; it’s a new way of looking at how business can sustain the longevity of the arts and enhance their economic impact. It speaks to a community’s greater civic agenda.”

Nerenhausen adds that, unlike social entrepreneurship (which often takes on large-scale problems through the transformation of an entire industry), cultural entrepreneurship is more personalized in its approach. And that’s where artists come into play.

“Entrepreneurism in the Arts: A Call to Action in ROC” is the second in a six-part series, designed to explore how artists can use venture-based solutions to maximize their cultural and economic impact. 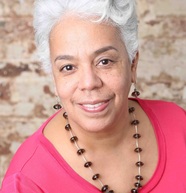 DeGuzman describes the series as highly collaborative, featuring a mix of lectures and panel discussions. In addition to Nerenhausen and Rodriguez, panelists include Joseph F. Eddy, vice president of WinnDevelopment in Rochester; Douglas Rice, founder of Rochester’s ARTWalk; Brian O’Neill, a Rochester-based artist and creative workshop faculty member of the Memorial Art Gallery; and Robert Doucette, co-founder and partner of Paramount Realty Group and president of Armory Development & Management in Syracuse.

“These kinds of symposia are ideal for not only our students, but also civic leaders, at large,” Nerenhausen says. “Much of what will be discussed is also applicable to the City of Syracuse and Central New York. I am excited—and honored—to have a seat at the table.”