Andrew Renneisen, a multimedia photography and design (MPD) student at the Newhouse School, placed first in the November photojournalism competition of the 2014-2015 Hearst Journalism Awards Program. The honor included a $2,600 award. 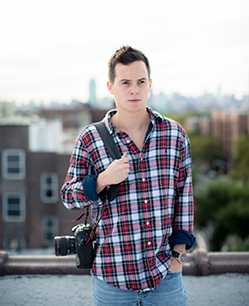 The winners were selected from 106 entries submitted from 59 schools nationwide. The top winners, along with the top finalists in the next photo competition and two overall highest scorers, will submit additional photos for the semi-final round of judging next April. Six finalists will be chosen from that round to compete in the program’s National Photojournalism Championship, along with writing, TV, radio and multimedia finalists. The championship will be held this June in San Francisco.