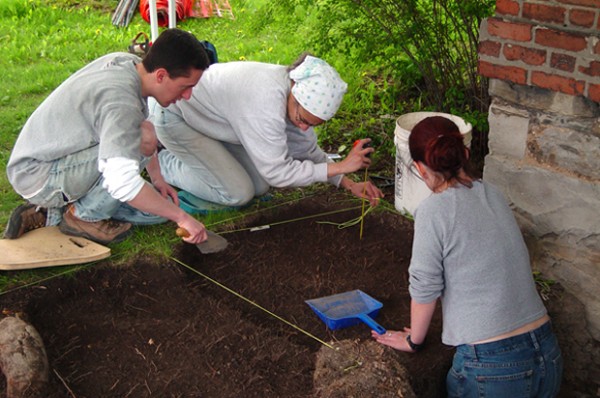 Congress has voted to create a new Harriet Tubman National Historic Park in Cayuga County, N.Y. The first national park to recognize an African American woman, it acknowledges the contributions of Harriet Tubman, the famous abolitionist and conductor on the Underground Railroad. Tubman lived 50 years in Central New York, where she was active in social causes and established the Home for the Aged to support the needs of elderly African Americans.

For more than a decade, Syracuse University Anthropology Professor Douglas Armstrong and his students have worked with the Harriet Tubman Home Inc. to study the archeology and history of Tubman’s residence, farm and the Home for the Aged. Visitors to the new National Park will get an up-close understanding of both the progressive 19th-century social setting in which Tubman lived and the physical buildings that have been uncovered through Armstrong’s work. 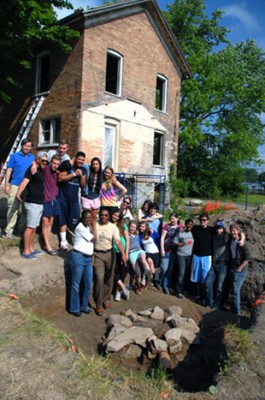 “This is truly a historic legislative action. It provides recognition of the importance of Tubman’s efforts on the Underground Railroad and in caring for the elderly,” Armstrong says. “Just as important, it provides a new platform of administrative and financial support to ensure the preservation of Tubman’s residence, farm and Home for the Aged. My students and I would like to thank Congress—especially Sen. Charles Schumer, Rep. Dan Maffei and the New York Congressional delegation—for creating Harriet Tubman National Park.

“Syracuse University faculty and students have enjoyed working in partnership with the Harriet Tubman Home,” continues Armstrong. “We are particularly appreciative of the efforts of Karen Hill, executive director of the Harriet Tubman Home, for her long-term efforts encouraging this legislation, and to Rev. Paul Carter and Christine Carter, managers of the property, for their dedication to the preservation of the site.

“We are happy to have contributed to the movement to recognize Tubman, look forward to the opening of Harriet Tubman National Park and hope to continue as a collaborative partner in the illumination of Harriet Tubman’s life and contributions.”

Congress created the park, along with a number of other designations for federal lands, as part of a legislative package added to the 2015 National Defense Authorization Act. Congress approved the bill on Friday, Dec. 12. President Barack Obama is expected to sign the bill into law.