The College of Visual and Performing Arts (VPA) has announced that Patrick Jones, director of the Rose, Jules R. and Stanford S. Setnor School of Music since 2011, will conclude his tenure as director at the end of 2014. Jones will join the Office of Veteran and Military Affairs beginning Jan. 19, 2015, reporting to Vice Chancellor J. Michael Haynie. 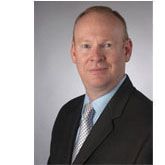 “I am excited for the opportunity to answer Chancellor Syverud’s call to make Syracuse the best university for veterans,” says Jones, a veteran of 30 years’ service and retired Air Force colonel who will help craft the execution plan for the University’s military-veteran strategy. “I am honored to have served Setnor and am proud of all we accomplished together. Setnor will always hold a special place in my heart. It is a wonderful school that is gaining greater recognition for the high quality of its faculty and students.”

“Throughout his time as director and professor of music in the Setnor School, Patrick’s passion for his administrative and academic responsibilities has served the school extremely well,” says VPA Dean Ann Clarke. “These strengths, combined with his military experience, will be a great asset to Vice Chancellor Haynie.”

“Given Patrick’s experiences as both a military and academic leader, he’s uniquely positioned to advance our institutional strategy related to empowering veterans, military-connected students and their families through education,” says Haynie. “I’m excited to have him join our team.”

Under Jones’ leadership, the gender and ethnic diversity of Setnor’s faculty increased; faculty governance was strengthened; the school’s visibility and recruiting footprints grew nationally; its physical plant and equipment were improved; and new degree programs were launched, including those in sound recording technology and voice pedagogy, as well as a revised music industry program with an optional five-year B.M./M.B.A. double degree in collaboration with the Martin J. Whitman School of Management. Named programs were established, including the Baker Artist Series and the Gilbert Week: NYC Seminar for Music Professions. Donations to the school were increased, including scholarships, funding for the Music Technology Access Project for special needs youth and funding for such new equipment as marching band uniforms and pianos. Launched under Jones’ tenure, Setnor’s campaign to become an All-Steinway School has netted several new pianos, including two new concert grand pianos for the Rose and Jules R. Setnor Auditorium and pianos for classrooms, teaching studios and practice rooms throughout the school.

In addition to his administrative leadership experience and academic career as a professor and scholar of music education history, curriculum and policy, Jones served for 30 years as a military bandsman, retiring at the rank of colonel in October 2011. His assignments included being a trombonist on active duty, commander/conductor of the 553rd Air Force Band and 12 years at the National Guard Bureau as chief of Air National Guard Bands. As chief of bands, he guided units toward readiness, developed policy and managed budgets for more than 400 musicians in 11 bands stationed across the United States. The bands performed throughout the U.S.; on diplomatic missions on behalf of the U.S. Department of State in Eastern and Western Europe, South America, Africa, Asia and the Middle East; and for troop entertainment in deployed locations throughout the Middle East. 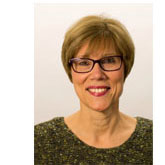 Sutter joined the Setnor School’s voice and choral faculty in 1986 and was named VPA’s assistant dean of undergraduate students in 2000. She has served as a member of numerous University committees, including the Academic Coordinating Committee (chair, 2005-2008), the Behavioral Consultation Committee, the Judicial Review Board and the Retention Council. She began the Arts Adventure Learning Community in 2001 and served on the Student-Athlete Advising Task Force.

An active musician, Sutter has performed with the Syracuse Symphony, Society for New Music, Skaneateles Festival, Artpark, Oswego Opera and Syracuse Opera, where she held the position of chorus master for several years. For the past 20 years, she has served as director of music at University United Methodist Church in Syracuse. She holds a master of music degree in vocal performance from the Setnor School and a bachelor of music degree in music education from the Crane School of Music at SUNY Potsdam.

“Martha has devoted her long career at Syracuse University to the education and well being of students, including those in Setnor,” says Clarke. “She understands the school—including its history, strengths and challenges—from the perspective of both an administrator and faculty member. She is a valued member of my cabinet, and I look forward to working with her in this new role.”

“VPA has been my academic home for more than 30 years, and I’m happy that I am now coming full circle back to Setnor,” says Sutter. “I’m excited to work with the music faculty and students, as well as my colleagues in VPA, to uphold Setnor’s mission and strong reputation as a top school for talented musicians and music industry leaders.”