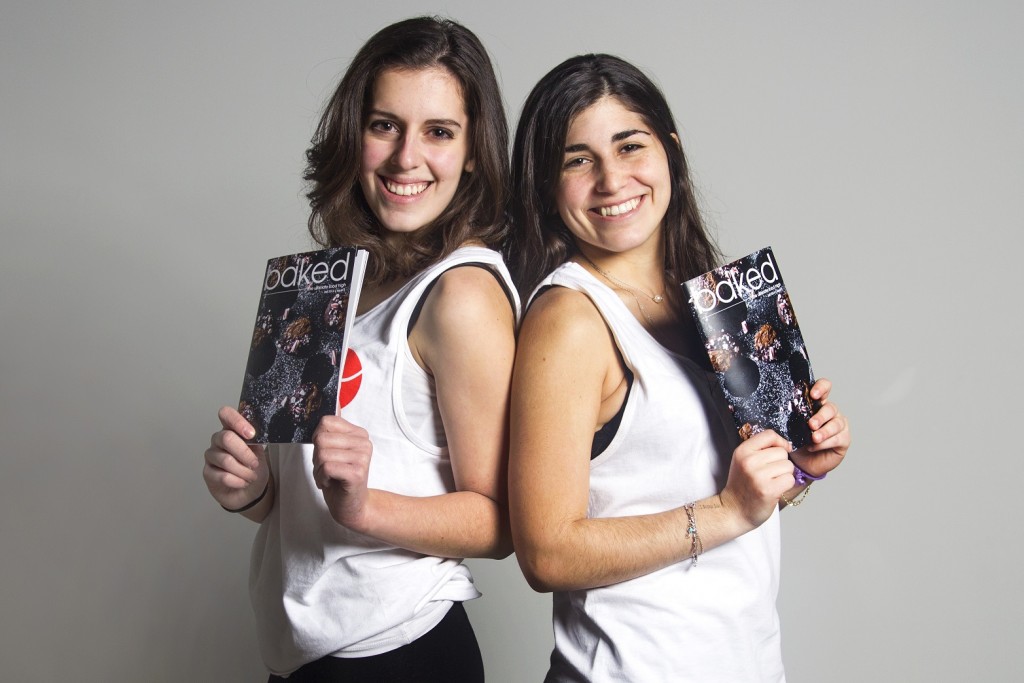 Magazine journalism students Gabriela Riccardi ’15 and Teresa Sabga ’15 have a joy for cooking. It’s in the way they describe their kitchen creations, whether sweet or savory, crunchy or smooth.

They may not have logged decades in the kitchen, but they have many years of traditions bound by large families, recipes handed down by skilled home cooks and sneaking bites in the kitchen.

As editors-in-chief of the student magazine Baked, Riccardi and Sabga—and their staff of fellow epicureans—have a perfect venue to try out recipes and share their love of all things food.

Their latest edition, launched this month, features healthier holiday meals, a story on a local metal workshop that makes artisan skillets and a profile of a unique Syracuse sandwich shop, among many other highlights.

[box type=”default” size=”medium”] Do you have a favorite holiday cookie recipe (and a photo, if possible) to share? Send the details to kmhale02@syr.edu by 5 p.m. Tuesday, Dec. 16. We’ll put together a collection and share on Syracuse University News. [/box]

To launch the fall edition, Baked staff and the Student Association held a “Baked Sale” with pastries from local bakeries. The proceeds, which totaled $187, went to the Samaritan Center, a local community kitchen.

It’s part of making connections with the campus and community—promoting local businesses, organizations and flavors to encourage students to explore the many tastes of Syracuse and beyond.

Would you describe yourself as a foodie? Why or why not?

Sabga: No—quite frankly, if you refer to yourself as a “foodie” then you aren’t actually one. It’s ironic because most serious foodies despise the word “foodie.” It’s an extremely broad term that describes people who love food only because they enjoy the act of consuming, and it also describes bandwagonists who only follow food fads for social media attention. When it comes to the term “foodie,” society loses sight of the passion, history and true love behind food.

Riccardi: It’s an art form, absolutely. It’s a labor of love. It’s something you work to perfect. I love to enjoy food but there are so many ways to enjoy food other than just eating. I love that I get to combine my appreciation for food with one of my other passions, which is writing and editing.

Sabga: Don’t judge. My sweet Caribbean island, Trinidad, where I was born and raised, has a diversity of cultures which is commonly referred to as a “melting pot.” With a strong Indian influence, curry is very much embedded into my country’s traditional meals. Three years ago, at a Boxing Day lunch, my uncle made what he described as curried “chicken”—it looked weird and it smelled weird so I was extremely skeptical. After five minutes of arguing with him, I finally choked a piece down my throat. To my surprise, it was delicious. Four days later, he told me I ate iguana that he caught in the bush. Great.

Riccardi: Both sides of my family are Italian—one Italian, the other more Italian American. But our gatherings are always huge. It’s always surrounded by a lot of courses. People are always fighting to bring more food and fighting to put more food on your plate. At Thanksgiving, we had 24 people at my house. The best part is sitting at the table surrounded by people you love who want you to get more food in your belly.

What’s the best part of being an editor-in-chief of Baked? 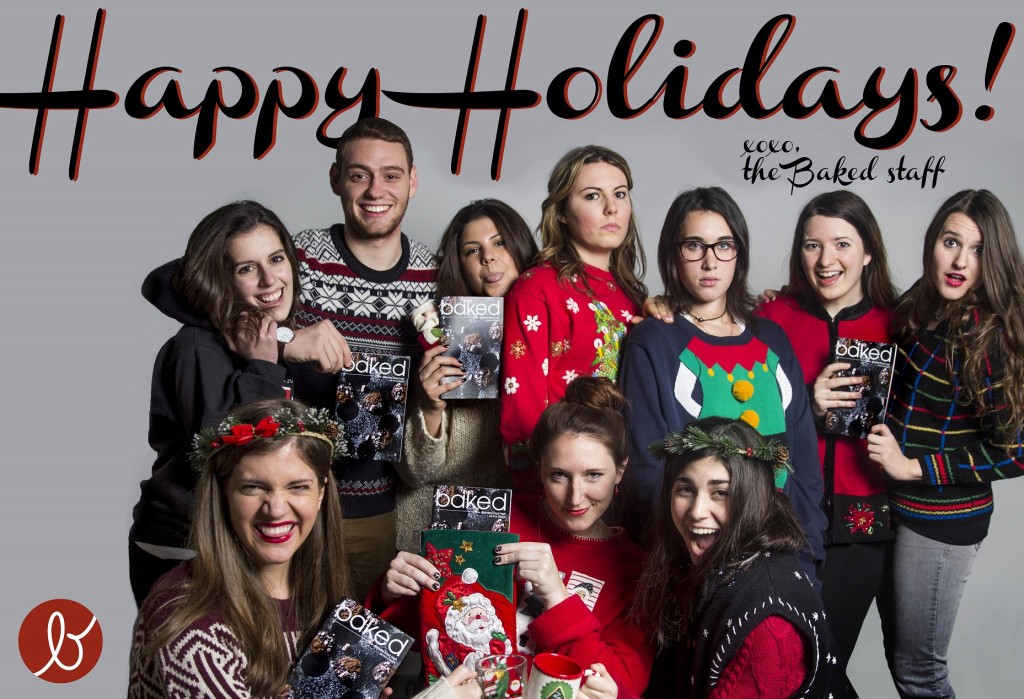 The Baked staff and their holiday sweaters

Sabga: That should be an obvious answer: we get to eat everything featured in the mag! But, I also love working with all the departments within the magazine—web, PR, advertising, photo, design. It’s really inspiring to work alongside such talented students. Being able to bounce ideas off one another and, more importantly, learn from one another is the beauty of our collaboration.

Riccardi: There’s so many things. When we get together, we’re always surrounded by food. If we’re at Teresa’s apartment, it’s to the point where I walk in, go to the refrigerator and say, “What have you got today?” or “I’ll bring food over.” The running joke is our videographer always comes without eating all day. He knows he’ll be fed.

Sabga: Like Gabby’s Italian dinners, everyone is always shoving more food at you. It’s the same thing with my family and it obviously rubbed off on the two of us because anytime either of us are at each other’s place we ask, “Do you want food? You’re not hungry? O.K., I’ll still feed you.”

Riccardi: That’s the fun thing about being editor of this magazine. You’ve got people that connect with that love too. It’s just such a pleasure and it’s inspiring to work with so many people who are into the same thing. 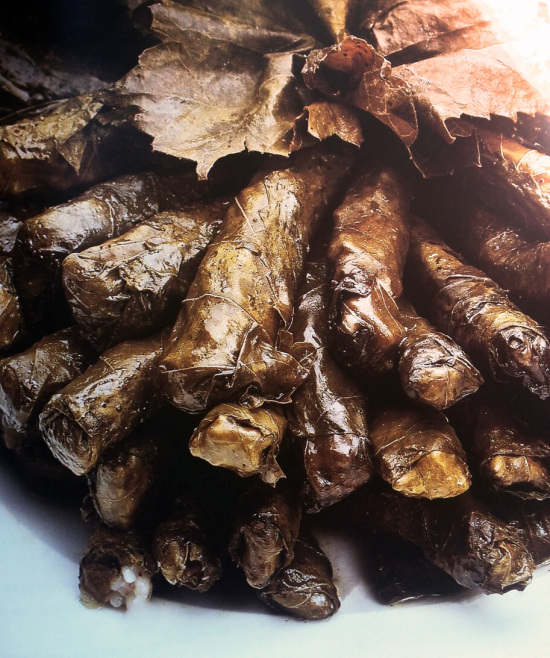 What is the recipe you can’t live without at the holidays?

​Sabga: My family, from Lebanese and Syrian descent, does not stick to your “average” American holiday tablescape—at all. My tita (grandmother in Arabic) makes one dish that my father’s side of the family, consisting of over 72 people, fight over every year: waraneb (stuffed grape leaves).

The recipe isn’t an easy one and grape leaves take ages to make. The recipe appears in the cookbook “Ah’len,” written by Trinidad’s Syrian Lebanese Women’s Association, which my grandmother—along with her eight sisters—is a member of.

Riccardi: I make this every single holiday: brie en croûte. Basically it’s super simple because I’m not a very complex chef yet. 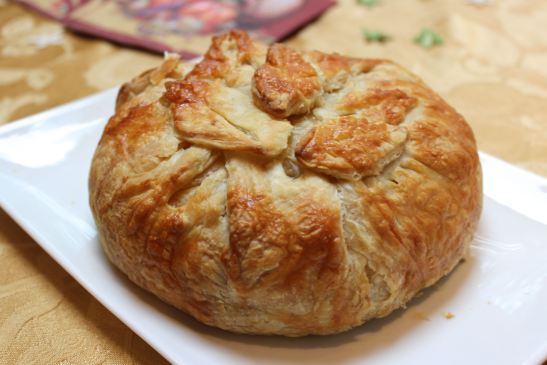 You take half the brie, put it on a puff pastry sheet, throw brown sugar on top and toasted walnuts. Put the second half of brie on top, so you kind of make a brie sandwich, wrap it up in the puff pastry and bake it at 350 degrees for 20 minutes. The brie gets all melty, the brown sugar melts too and you have a little sweet crunch.

Sabga: She made it for me and I died. It’s a thing with us. We make recipes with brie all the time.

Riccardi: Last night we had a get together and I brought brie.

On the front cover of its latest edition, Baked magazine features a double chocolate candy cane cookie recipe, adapted from Holiday Entertaining magazine. A rich chocolate and candy cane cookie paired with a glass of milk or hot cocoa—how can it get any better?