Syracuse University Chancellor Kent Syverud has appointed Professor and Senior Associate Dean Jeffrey Stanton as Interim Dean of the School of Information Studies (iSchool). Stanton has served in a variety of roles at the University and the iSchool since 2001, including service as Associate Vice President for Research at the University level. In addition, he serves the wider University community as Chair of the Institutional Review Board and Chair of the Senate Administrative Operations Committee. He will assume his new role as Interim Dean on Jan. 1, 2015. 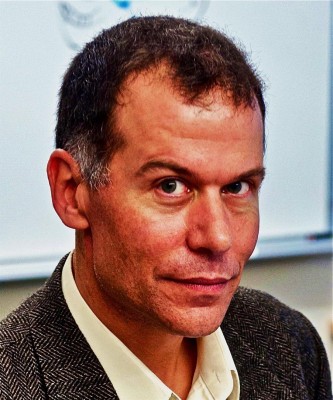 Stanton’s appointment follows the selection of Liz Liddy, Dean and Trustee Professor of the iSchool, as Interim Vice Chancellor and Provost. Liddy will begin in January as Eric Spina concludes his tenure as Vice Chancellor and Provost at the end of the month. The Chancellor’s appointment of Stanton was recommended and supported by both Spina and Liddy. “Jeff has a deep knowledge of the iSchool and its mission to help our students in information and information technology do great things. He is a respected teacher, researcher and colleague in the iSchool and across campus,” Syverud says. “I am pleased that he has accepted to take on this new role. I know he will provide insightful and dedicated leadership during this time of transition.”

Stanton received tenure in 2004 and was promoted to full professor in 2011 based on a sustained record of scholarship: three books, 46 peer-reviewed journal articles, dozens of book chapters and more than 50 refereed conference papers. Stanton has also obtained more than $5.5 million in extramural funding, including the National Science Foundation’s prestigious CAREER award.

“I have worked closely with Jeff during my time as dean and am a very strong believer in his capabilities and dedication to our iSchool,” said Liddy says. “I am sure that under his leadership the iSchool will continue on its excellent path of high achievements for our students, our school and the University.”

During the 2012-2013 academic year, Stanton was a fellow of the American Council on Education in its emerging leaders fellowship program. During the fellowship, Stanton’s campus placement was in the office of the president at SUNY Cortland, where he worked on advancement and student affairs. During the fellowship he was also certified as a campus planner by the Society for College and University Planning. In 2014, Stanton was also selected as a fellow of the Leading Change Institute, co-sponsored by EDUCAUSE and CLIR. Stanton’s background includes more than a decade of experience in business—both in established firms and start-up companies—where he worked as a software engineer and manager.

“I am grateful for Chancellor Syverud’s support and the opportunity to serve as interim dean for the iSchool and to carry on the extraordinary work of Dean Liddy and our talented group of faculty, students and staff members,” Stanton says. “This is an exciting time for the iSchool, with new vistas of research opening up in the information field and demand for our graduates stronger than ever.”