Power In Numbers Reaches out to Those on the Streets 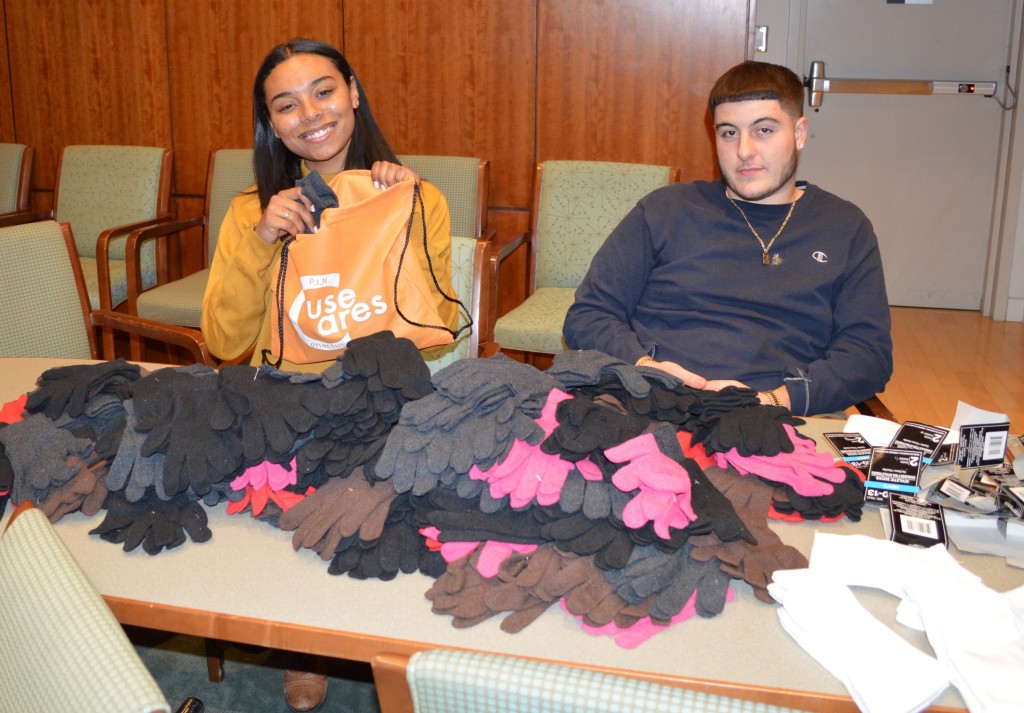 Power In Numbers students fill backpacks with gloves that will be distributed to those on the streets in Syracuse.

It all started with a box of pastries.

A group of students participating in last spring’s Alternative Spring Break, organized yearly by the Office of Residence Life, had just finished their volunteer work at a Washington, D.C., community kitchen when the grateful staff gave the students a box of pastries.

Instead of indulging and calling it a night, the students had another plan.

“When we got those pastries, Jerry [Gomez ’17] said ‘Why don’t we deliver them out in the community,’” says Sierra Pizzola ’17. The 25 or so students split up into groups, rolled the pastries into napkins and went out onto the streets to hand them out to homeless persons.

Back at Syracuse, students wanted to do something similar in the local community. They formed Power In Numbers (P.I.N.), not as an official student group, but as an informal way to bring together students and opportunities to help fight hunger and homelessness and raise awareness of the issues.

They were then encouraged in their work after applying for and winning a Fast Forward grant. The competition, part of Chancellor Kent Syverud’s inauguration, awarded 13 grants to student projects that sought to make a positive impact in the world. 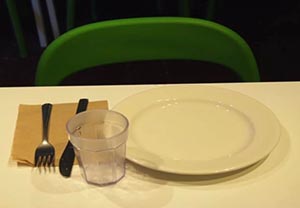 Students formed Power In Numbers to bring together students and opportunities to help fight hunger and homelessness and raise awareness of the issues. They were awarded a Fast Forward grant last spring to help in their efforts.

The students, who are working with members of Enactus, a student group with the Whitman School of Management, are putting the funding toward care packages for homeless persons in the City of Syracuse.

As part of ’Cuse Cares, volunteers assembled 250 backpacks Tuesday and members will be going out in the city in groups on Saturday to distribute the backpacks, filled with such essential items as hats, gloves, tissues and other hygiene items.

“These are just things that I would keep in my purse during the day, things that you wouldn’t think of but you usually have on you,” says Pizzola, co-president of P.I.N., along with Gomez. “It’s all the little things that help get you through the day, especially in Syracuse.”

The backpacks will also have some personal messages, with words of encouragement.

“We know change can be made in small amounts when you have a lot of people doing those small things,” Pizzola says. “When you have 60 people going out with a backpack, you don’t know if maybe that backpack gives somebody the comb they need to go to the job interview that gets them into medical school and finds a cure to cancer.”

The backpack will also include a map of Syracuse that indicates the location of the Rescue Mission and other support locations. Enactus has been in contact with the Rescue Mission to help identify areas where there might be a greater need.

Julie-Ann Elliston ’18 heard about the work of P.I.N. from Pizzola and was interested in participating in the work. “Since it’s my first year, I’m looking forward to seeing and experiencing Syracuse in a new way,” Elliston says.

Students hope this “hand up” will provide some assistance to those on the streets.

“With all of the bad things going on in the world, we just want them to know the generation coming up cares about making a positive influence in the community,” Pizzola says. “We just want to show them that Syracuse students really do care.” 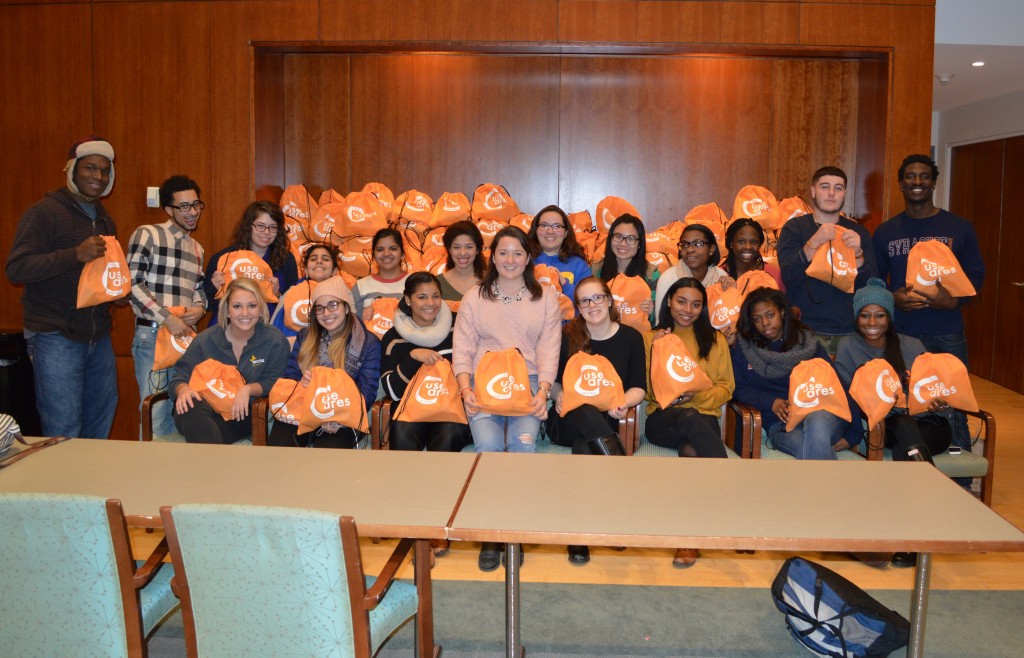 Members of Power In Numbers prepare backpacks with cold weather items and other supplies.