“Just Academic Spaces” is the theme of a three-year, $500,000 project, organized and presented by the Democratizing Knowledge (DK) Collective in the College of Arts and Sciences and funded by the Andrew W. Mellon Foundation. Co-directed by professors Linda Carty and Chandra Talpade Mohanty, the campus-wide project is designed to foster a model of exchange between community- and scholar-activists, in hopes of creating a more just academy.

“We are witnessing the emergence of a new paradigm in American higher education,” says Carty, associate professor of African American studies and sociology. “In addition to performing their traditional functions, institutions are now expected to be more adaptive and responsive to societal needs. The goal of the DK Collective is to democratize the academy’s idea base by bringing together a wide range of publics, including natural and social scientists, mathematicians, humanists and engineers, to respond to the challenges and opportunities of a pluralistic knowledge economy.”

Titled “Just Academic Spaces: Creating New Publics Through Radical Literacies,” the project revolves around a three-year DK Summer Institute. Following a year of pre-institute planning, 15-20 scholars from around the country will participate in a five-day summer institute and two-day conference. Attendees will include faculty members, advanced doctoral students and scholar- and community-activists, all representing the humanities and humanistic social sciences.

“This kind of scholarship is the cornerstone of a liberal arts experience,” says Karin Ruhlandt, interim dean of Arts and Sciences and Distinguished Professor of Chemistry. “The sciences and humanities don’t just make our lives richer and fuller; they shape critical thinking, leadership and innovation—all the things needed to succeed in today’s knowledge economy. The DK Collective helps us engage the world by better understanding ourselves and the human condition.”

Mohanty, Distinguished Professor of Women and Gender Studies (WGS) and Dean’s Professor of the Humanities, hopes the project will trigger “new, if not unexpected” collaborations. “We’ll seek to identify the ‘radical literacies’ that are generated in these borderlands, understanding them as place-based ways of reading power relations and generating alternative possibilities for making knowledge, history and community,” she says.

While participants will vary from summer to summer, the institute’s format will remain roughly the same: two days of “academic orientation” (i.e., intellectual, pedagogical and curricular), followed by three days of skills-building workshops and site visits to community organizations, agencies and centers that are central to the host city.

Participants in the Syracuse institute are scheduled to visit the New Dunbar Center, La Casita Cultural Center and the ArtRage gallery. “These centers have faculty ties to the DK Project and, thus, share our mission and vision,” says Carty, whose activism encompasses labor and HIV/AIDS issues. “They produce social justice interventions, validate marginalized experiences and craft radical literacies to empower their communities.”

Carty explains that the transition from institute to conference is designed to be seamless, giving participants the opportunity to both reflect on what they’ve learned and explore how collaborations may translate into “mobile, place-based articulations of strategies for creating new publics.”

More recently, there’s been a fundamental shift in societal expectations of and public resources for the academy. Government and market pressures have forced institutions to re-examine program choices, tuition charges and research outcomes.

Mohanty refers to this phenomenon as higher education’s “social contract.”

“The shift is largely the result of shrinking public funding and two major recessions, which have forced some institutions to privatize their research,” she says. “A possible byproduct of this approach is that some disciplines face irrelevancy, economically speaking.” 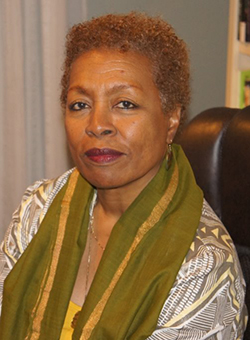 Carty agrees: “Nobody should be marginalized in the name of research. We seek to foster an environment where teachers, researchers and scholars from all backgrounds work equally amongst themselves and with their various publics, including policymakers. Collaborative activity adds value and offers insights to issues of broad societal concern.”

Carty cites Syracuse as an example of an institution that, despite being surrounded by economic inequality, uses scholarship to affect positive change. For instance, town-and-gown initiatives such as Say Yes to Education and the Connective Corridor function not unlike laboratories for artists, humanists and social scientists. “Their research pays big dividends for the communities they serve,” she says.

Carty hopes the DK Summer Institutes will produce a similar effect. “We want participants to use the DK Collective as a model of collective, sustained community engagement that can be shared with publics interested in academic knowledge and activism,” she adds.

Both a scholar-activist and advocate, Carty is involved with black women’s labor in the Americas and with black women’s health care in the United States and the Caribbean. She serves as a consultant for UNAIDS, as well as works with two community health collectives in New York City: the Caribbean Women’s Health Association and the CABS Health Center. Carty has contributed essays to books and journals all over the world, including “Activist Scholarship: Antiracism, Feminism, and Social Change” (Paradigm Publishers, 2009); “Decolonizing the Academy: African Diaspora Studies” (Africa World Press, 2003); “Scratching the Surface: Canadian Anti-Racist Feminist Thought” (Canadian Scholars Press, 1999); “Feminism and Social Change: Bridging Theory and Practice” (The University of Illinois Press, 1996); “We’re Rooted Here, and They Can’t Pull Us Up: Essays in African Canadian Women’s History” (University of Toronto Press, 1994); “And Still We Rise: Feminist Political Mobilizing in Contemporary Canada” (Women’s Press, 1993), which she edited; and “Unsettling Relations: The University As a Site of Feminist Struggle” (Canadian Scholars Press, 1991). 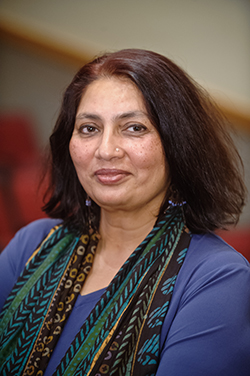 Mohanty has published more than three dozen essays, including “Under Western Eyes: Feminist Scholarship and Colonial Discourses,” which has been used in women’s, gender and sexuality studies; anthropology; cultural studies; ethnic studies; political science; sociology; and development studies courses worldwide for more than two decades. She also works with various grassroots organizations, including the Municipal Services Project, a transnational research and advocacy group that seeks alternatives to privatization in the Global South.

Founded as a Chancellor’s Leadership Project in 2008, DK seeks to foster a more open, inclusive, democratic institution. Since then, the collective has become a space for faculty members to showcase scholar-activism, hold conversations about how to create a just academy, ensure recognition and respect for various bodies of knowledge, build awareness of and improve the hierarchical structure of knowledge production, and make knowledge production accessible to all.