The College of Law’s National Appellate Moot Court Team has advanced to the national final rounds after the regional competition in Boston over the weekend. They will compete in New York City during the finals in February. 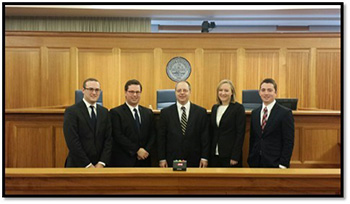