University of Copenhagen Scholars to Lecture on Rhetorical Citizenship

Christian Kock and Lisa Villadsen, scholars from the University of Copenhagen in Denmark, will visit Syracuse University as guests of the Department of Communication and Rhetorical Studies in the College of Visual and Performing Arts.

They will present a joint lecture, “What We Talk About When We Talk About Rhetorical Citizenship,” on Monday, Nov. 17, at 4 p.m. in Room 500 of the Hall of Languages. The event is open to the University community. 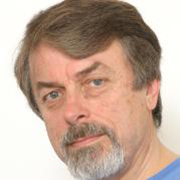 Kock is professor of rhetoric in the Department of Media, Cognition and Communication at the University of Copenhagen. With a background in comparative literature, he has published and taught on argumentation theory, political debate, credibility, political journalism, the history of rhetoric, literary aesthetics and reception theory, versification, musical aesthetics and writing pedagogy. He is author or co-author of numerous books, book chapters and articles in Danish and English on rhetoric, political debate, argumentation, literary experience and pedagogy, poetics, musicology and journalism. He is on the editorial board of several international journals and is a frequent commentator on political debate and journalism in Danish national media. 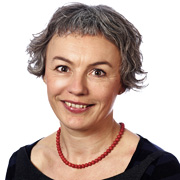 Villadsen is associate professor of rhetoric in the Department of Media, Cognition and Communication at the University of Copenhagen. She is editor-in-chief of the journal Rhetorica Scandinavica and is on the boards of the Rhetoric Society of America and the Rhetoric Society of Europe. Her research interests focus on rhetorical criticism, especially of political rhetoric and official apologies from state leaders.

Together, they are editors of the volume “Rhetorical Citizenship and Public Deliberation” (Penn State University Press, 2012).

For more information, contact the Department of Communication and Rhetorical Studies at 315-443-2308.