There are many ways to say thank you for the sacrifice and service of veterans and their families on Veterans Day. PepsiCo adds an unlikely way to this list-by recycling. Through PepsiCo Recycling, recycled beverage containers translate into business training opportunities for veterans around the nation. This November, PepsiCo will officially be recognized as the first three-star partner of the Institute for Veterans and Military Families at Syracuse University (IVMF) for its longstanding support of the Entrepreneurship Bootcamp for Veterans with Disabilities (EBV) program. As one of the early supporters of EBV, PepsiCo has linked its beverage recycling program to helping veterans become entrepreneurs. 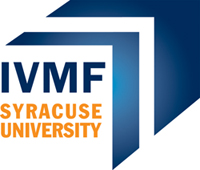 Since 2010, PepsiCo has donated $1.5 million to EBV and will allocate an additional $500,000 over the next three years. More than 4.4 million pounds of bottles and cans have been collected through PepsiCo Recycling programs during that time.

“Every bottle and can recycled makes a difference, not only for the environment but also helping veterans seek new career opportunities and launch and grow their own businesses,” says Meagan Smith, program director for PepsiCo Recycling. “We’re honored to be a part of the network EBV has built nationwide and are working to grow our partnership in innovative new ways through our recycling programs at schools, colleges, communities and retailers.”

When you recycle beverage bottles and cans with PepsiCo, you are helping further the EBV’s mission to provide training in entrepreneurship and small business management to post-9/11 veterans with disabilities resulting from military service. Since PepsiCo partnered with EBV, more than 925 veterans have received training and support.

“As we approach a new landmark in our partnership with PepsiCo, we want to recognize how instrumental they were in helping us grow and transform our program,” says Mike Haynie, vice chancellor for Veterans and Military Affairs at Syracuse University and executive director of the IVMF. “We began with a small program at Syracuse and have now expanded to eight universities and more than 925 veterans graduated.”

To learn more about PepsiCo Recycling and EBV, visit www.PepsiCoRecycling.com.