Zephyr Teachout to Speak on ‘Can American Democracy Survive Corruption?’

Zephyr Teachout, professor of law at Fordham University, will visit the Maxwell School on Friday, Nov. 14, to deliver a lecture titled “Can American Democracy Survive Corruption?”  The event will be held at 4 p.m. in Maxwell Auditorium, with a reception following the program. The lecture is part of the long-running State of Democracy lecture series. 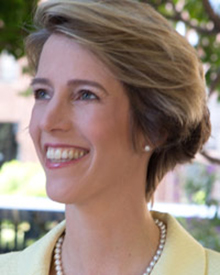 A distinguished scholar whose research and expertise focus on the laws governing political behavior (both domestically and abroad) and political corruption and its constitutional history, Teachout also works as a political consultant for nonprofits, political campaigns and citizen journalism.  She is the author of “Corruption in America: From Benjamin Franklin’s Snuff Box to Citizens United.”

Teachout is the former national director for the Sunlight Foundation, a nonpartisan nonprofit that advocates for open government globally and uses technology to make government more accountable. She also served as director of internet organizing for Howard Dean’s presidential campaign.  Most recently, she ran against Andrew Cuomo for the 2014 Democratic Party nomination for governor of New York, where she won 34 percent of the state primary vote.

The speech will be streamed live on Ustream and will be available for viewing on Maxwell’s YouTube channel following the event. This and many other State of Democracy lectures have been made possible through a generous gift from the Norman M. and Marsha Lee Berkman Fund.