The College of Visual and Performing Arts’ Rose, Jules R. and Stanford S. Setnor School of Music was ranked No. 20 on the Hollywood Reporter’s (THR) list of the world’s “Top 25 Music Schools” in its Nov. 14 issue. 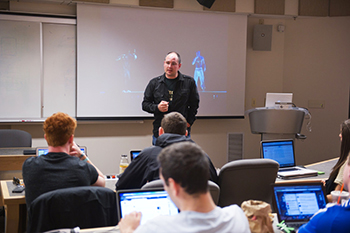 The article cites the Setnor School’s multidisciplinary Bandier Program as one of the “newer business-focused programs … growing in numbers and influence” around the world. The program, established by Syracuse University Trustee and Sony/ATV Music Publishing Chairman and CEO Martin Bandier ’62, includes an understanding of the art and business of music, media, marketing and entrepreneurship.

According to the article, “THR editors and dozens of industry and academic insiders assessed each school’s reputation, and the honored schools then ranked one another’s programs anonymously.”

THR recognized the Setnor School and its Bandier Program as a “Music Business School with Buzz” in 2013.