You are invited to celebrate Harriet Tubman with bread baking, work song singing and writing! 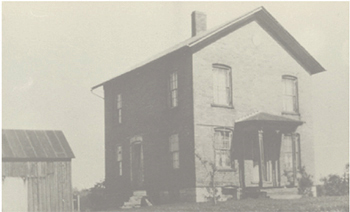 “The Underground Railroad was a fugitive trail that tended to erase itself; we are unlikely to walk on it; however, we can walk in, through and around it in the spirit of memory.” –Jeffery Hogrefe

Moira Williams’ Fermented Freedom celebrates Harriet Tubman’s deep knowledge of geography, ecology, hospitality and hope by walking three separate walks from Syracuse along the areas where the Underground Railroad was active to Harriet Tubman’s house in Auburn. Each walk will take a different route. During the walk, Williams will carry a vessel made of soil and naturally evaporated salt. The vessel will be filled with water and be used to collect wild yeast during each walk. In turn, the wild yeast will be made into a sourdough for sharing and making bread in an outdoor community oven made from adobe. Additionally, Williams will sing the work song “A Little Water Sylvie” by Huddie Ledbetter (Lead Belly), as she walks to Tubman’s House.

Fermented Freedom is meant to walk in the spirit of the Underground Railroad and make visible our connections as well as our disconnections to our surrounding environment, our bodies, our food, our history and labor, all of which inform our concepts of freedom.

Williams is currently in an artist in residence at SALTQuarters and 601 Tully in Syracuse. She holds a B.F.A. from the School of Visual Arts in New York City and a graduate certificate in spatial politics with an M.F.A. from Stony Brook University.