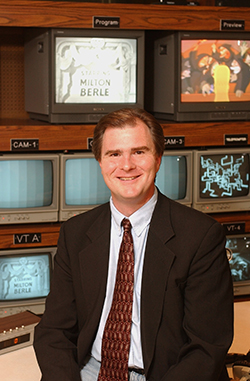 Robert Thompson, Trustee Professor in the Newhouse School and director of the Bleier Center for Popular Culture, appears with James Gandolfini, Steve Buscemi, Michael Imperioli, David Chase and others in “Defining a Television Landmark,” a documentary film released by HBO on Nov. 4. The film commemorates the 15th anniversary of the debut of landmark series “The Sopranos” and is included in the new Blu-ray release of the complete series.