iSchool Faculty Recall their Part in Digital Journalism Shift of 1994

Screenshots of the Syracuse Post-Standard’s website, Syracuse.com, from 1996, left, and 2004

In 1994, when the World Wide Web was still in its infancy, and the most popular web browser was Mosaic, it wasn’t easy to find news outlets online. In fact, there were just a few thousand websites of any kind. 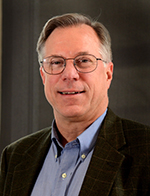 But here in Syracuse, the local newspaper, the Syracuse Post-Standard, had a forward-thinking mind in Stan Linhorst, who was then the director of new media for the paper. Linhorst now serves as director of publications for the Syracuse Media Group, and has served on the School of Information Studies (iSchool) Board of Advisors since 1999.

“Stan Linhorst pushed us into our future,” Stephen A. Rogers, chairman of the Syracuse Media Group, said in an article commemorating the 20-year milestone. “Little did we know then that we would become a digitally focused company.”

Linhorst and the Post-Standard approached the iSchool in the summer of 1994, looking for assistance in the transition to the digital age of journalism. The newspaper provided a research grant, and Professor Michael Nilan brought together a team of faculty and students to work on the project.

“The iSchool had a great reputation at the time,” recalled Linhorst, “just as it does now.”

With a student team that included Josh Becker, Drew Farris, Jeff Weitzel and R. David Lankes, now a professor at the iSchool, the group worked throughout the summer and fall to prepare the site to launch, as part of the Syraucse University domain, on Nov. 6. This was ahead of news organizations like CNN and the New York Times, which didn’t launch web presences until 1995 and 1996, respectively. 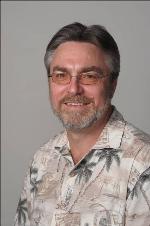 “We were experimenting with site design, and HTML mark-up, the possibilities were fascinating and showed the potential for this huge technological change in information availability,” says Nilan. “We were the only user-based researchers anywhere, and we certainly saw ourselves as being at the forefront of digital change.”

“Journalistically, we learned a lot from the project, like how to engage the audience, how to think of the audience and their needs in new ways, how to interact and how to pick up the speed of storing and distributing what we knew,” says Linhorst. “There were new kinds of skills to learn, and it became clear so quickly that an audience was no longer limited by geography, no longer limited by time, no longer a mostly passive receiver.

For Lankes, an incoming Ph.D. student at the iSchool at the time, the project came at an interesting point in his life, as he was discovering the power of the Internet.

“At the time we were all playing with new Internet tools like Gopher and then the World Wide Web, and news sites were eager to experiment with the web when it first arrived and quick to try new things,” Lankes recalls.

Working with the Post-Standard and Linhorst provided Lankes with a starting point for future Internet endeavors. This work would soon turn into a series of projects with other iSchool faculty members to use the web to serve education and teacher needs.

“It was an amazing time, when government, the media, schools, everyone was just starting to see that the Internet and the web could really be a game changer,” says Lankes. “What we take for granted today—every organization online—at the time was a fantasy.”

As the digital paper was developed, says Linhorst, “the shift in space and time was so interesting, and it’s still playing out today for all media.”

“It was fantastic working with Stan,” says Lankes. “He was excited and really saw the possibilities of the Internet. Combined with Mike’s eagerness to see how new technologies could benefit users, and not just show off fancy technology, it was a great experiment.”