Guy J. Golan, associate professor of public relations at the Newhouse School, is a former political campaign professional who specializes in international political communications. With midterm elections coming up in less than a week, we asked him about the state of political polling. 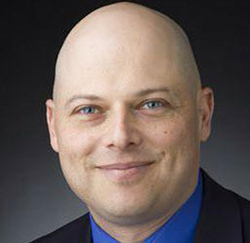 Q. How have cell phones and caller ID affected pollsters’ ability to get a clear picture of voters’ preferences?

A. Cellphones have completely undermined the telephone polling industry. Today pollsters are struggling to produce representative samples using traditional random-digital-dialing to land lines. Most people under the age of 35 exclusively use cellphones. Caller ID technology generates very low response rates. In addition, federal regulation requires pollsters to hand dial all calls made to cellphones. The result is that telephone polling is less representative, more time consuming and expensive than ever before. Pollsters are quickly figuring out that their industry is in deep trouble.

Q.  In what other ways have technological advances affected political polling?

A. The future of political audience research is found in social media analytics. Advances in network, issue, sentiment and influencer analysis provide political research teams with more information than was ever available to them via polling. Currently, only highly funded campaigns hold such research capabilities. I predict that within a decade most political campaigns will replace their pollster with social media analysts.

Q.  Does polling actually affect the outcome of elections? If so, how?

A. The marriage of polling and television provides voters with salience cues regarding​ potential election outcomes. Most undecided voters prefer to side with the winning candidate. This trend sometimes leads campaigns to release polls that favor their candidates.

Q. Recently, a poll came out about the local congressional race that showed a large swing from previously. How dependable are those numbers, especially when the candidate who is behind is claiming that his polling numbers show the opposite?

A. Survey research results are often influenced by sampling procedure. Campaigns at times influence the results of their polls via the selection of their participants. One-time surveys, known as cross-sectional surveys, provide a mere snapshot of the day in which the poll was conducted. Yet, the modern campaign is continuously shaped by events on the ground, advertising and media coverage. As such, cross-sectional polls do not represent much.

Q. Are people honest when they respond to political polls?

A. Discrepancies often exist between what people think and what people say. Self-reported measures, such as likelihood to vote, are often influenced by a sense of social expectation. This is a key limitation of all political polls. This problem will be solved by social media analytics that provide actual measures of online discussion and behavior.