Karin Ruhlandt, interim dean of the College of Arts and Sciences, and James Steinberg, dean of the Maxwell School of Citizenship and Public Affairs, have announced that Assistant Professor of Political Science Yüksel Sezgin has been named director of the Middle Eastern Studies Program (MESP). In recognition of the multidisciplinary nature of the program, the two deans also have indicated their intention to appoint an associate director of Middle Eastern Studies from the humanities division of the College of Arts and Sciences to complement the role of the director. 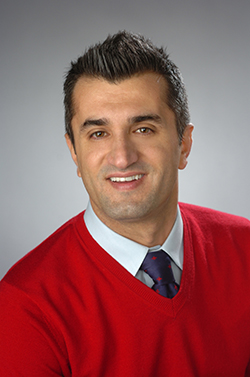 Sezgin’s research and teaching interests include legal pluralism, comparative religious law and human and women’s rights in the Middle East and South Asia. He has taught at the University of Washington, Harvard Divinity School and City University of New York and has held research positions at Princeton University, Columbia University, Bielefeld University, American University in Cairo and the University of Delhi.  Sezgin is the author of “Human Rights under State-Enforced Religious Family Laws in Israel, Egypt and India” (Cambridge University Press, 2013); he is currently writing another book tentatively titled “Democratizing Shari‘a: How Do Non-Muslim Democracies Apply and Regulate Muslim Family Laws?” His articles dealing with Middle East affairs frequently appear on AlJazeera.com.

Launched in 2003, the Middle Eastern Studies Program has become one of the most popular and active interdisciplinary programs at SU, with more than 20 affiliated faculty from departments across campus, including anthropology, architecture, communications and rhetorical studies, education, fine arts, geography, health and wellness, history, international relations, languages, literature and linguistics, law, philosophy, political science and religion. It is housed in the Maxwell School’s Moynihan Institute of Global Affairs and coordinates the offering of a Syracuse University major and minor in Middle Eastern studies, as well as a graduate certificate of advanced studies in Middle Eastern affairs.  Overall, the program participates in offering 20-25 courses on campus each semester, including language studies in Arabic, Turkish and Hebrew, and hosts conferences, lectures, a film series and language tables; it also publishes a regular newsletter.

MESP has received funding from the U.S. Department of Education, as well as generous donations from alumni and friends. This support has helped provide grants to students who wish to travel to the Middle East.

Deans Ruhlandt and Steinberg expressed their appreciation to Professor of Political Science Mehrzad Boroujerdi, founder of the MESP, for his outstanding service as director for the past 11 years.  Boroujerdi has recently been named chair of the political science department at the Maxwell School.