Craig Balsam will present a lecture on Thursday, Oct. 30, at 6:30 p.m. in the Lender Auditorium (Room 007), located on the concourse level of the Martin J. Whitman School of Management. The lecture is part of the Bandier Program’s Soyars Leadership Lecture Series in the College of Visual and Performing Arts’ (VPA) Rose, Jules R. and Stanford S. Setnor School of Music and is free and open to the University community. 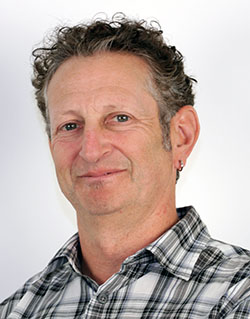 Balsam is the co-CEO and co-founder of Razor & Tie and kids’ music platform Kidz Bop. Founded in 1990, the Razor & Tie companies include a record label, a music publishing company, an artist rights management organization and a direct response media buying agency. Kidz Bop was launched in 2001 and has since become the most popular children’s music series brand in the country, selling in excess of 15 million albums.

Balsam has also executive produced a number of films, including the upcoming “The Last Five Years,” starring Anna Kendrick and Jeremy Jordan, and the Joan Baez American Masters documentary “How Sweet the Sound.” He is active in philanthropic and community affairs through Razor & Tie, the Creative Community for Peace (CCFP) and his support of theater and performing arts in New York City.

Prior to founding Razor & Tie, Balsam practiced law in Manhattan after receiving a juris doctorate from New York University School of Law (1986) and a bachelor’s degree from Emory University (1983).