Mitch Messinger ’92, G’93, publicity director for ABC, will speak at Newhouse on Oct. 29 as a guest of the Public Relations Student Society of America and Newhouse’s television, radio and film department. His talk, “Confessions of a Television Publicist,” will take place at 6:30 p.m. in Joyce Hergenhan Auditorium in Newhouse 3. 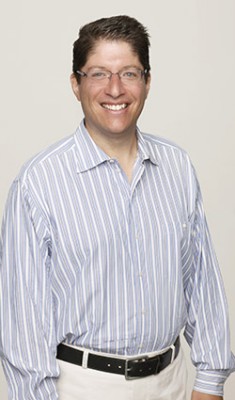 Messinger has worked for the ABC Entertainment Group since October 2003. He oversees national publicity campaigns for primetime drama, comedy and alternative series and holiday specials, including “The Goldbergs”, “Galavant,” “The Bachelor,” “The Bachelorette,” “Dancing with the Stars” and “Prep & Landing,” as well as other projects for the division. Campaigns for past series and specials included “The Neighbors,” “Body of Proof,” “Secret Millionaire,” “The Glass House,” “General Hospital” and the 2006 and 2008 Daytime Emmys on ABC, as well as “General Hospital: Night Shift” and “Holidate” for SOAPnet.

He received a bachelor of arts in American studies from the College of Arts and Sciences in conjunction with the Maxwell School of Citizenship and Public Affairs in May 1992. A year later, he received a master of science degree in television, radio and film from the Newhouse School. While a student, Messinger was actively involved on campus, including being a member of University 100, Lambda Chi Alpha Fraternity, Greek Council, Student Government Association and doing a stint as Otto the Orange, among other activities.

A long-running board member and a past president of the Syracuse University Alumni Club of Southern California, he also sat on the national board of the SU Alumni Association from 2004-2010. Messinger serves as an alumni representative for the undergraduate admissions office, where he attends college fairs and conducts off-campus interviews of prospective students. Only seven years out of school, he was the winner of the Syracuse University Outstanding Young Alumnus Award in 2000.

Born in New York City and raised in Manalapan, N.J., Messinger lives outside of Los Angeles with his family and is a member of the Academy of Television Arts and Sciences and the Publicist Guild.