The Maxwell School of Citizenship and Public Affairs has announced that Lauren Bush Lauren, the founder and CEO of FEED Projects, is the inaugural winner of the school’s Moynihan Spirit of Public Service Award, named for the late Sen. Daniel Patrick Moynihan.  She will receive the award during a celebration of the school’s 90th anniversary in Washington, D.C., on Nov. 20. 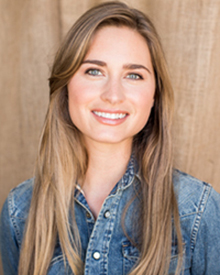 For more than 10 years, Lauren has dedicated herself to developing innovative ways to engage the public in the fight to end world hunger.  In 2004, after seeing the effects of poverty and hunger first hand while traveling in Asia, Latin America and Africa as an honorary student spokesperson for the United Nations’ World Food Programme (WFP), Lauren conceptualized the idea for FEED Projects. The organization was launched in 2007 with the sale of a reversible burlap and organic cotton bag, reminiscent of the bags in which food is distributed by the WFP.

Since then, FEED has gone on to forge successful partnerships with companies like Target, Disney, Pottery Barn, Whole Foods, Gap, west elm and TOMS Shoes, working together to design and develop co-branded products such as handbags, apparel, jewelry and dishware. Some of these items are sold through the FEED website; others are available through partner stores.

Every item sold has a set donation added to its price and, to date, the social business has been able to donate more than $10.4 million and provide nearly 84 million school meals globally through the WFP and Feeding America. FEED has also supported nutrition programs around the world, providing vitamin supplements to more than 3.5 million children through UNICEF.  Forbes magazine calls FEED “a for-profit venture with a social conscience.”

The Moynihan Spirit of Public Service Award is given by the Maxwell School to an individual or organization whose life and work reflect a creative and passionate commitment to public service and to translating ideas into action—qualities that characterize the exceptional career of Sen. Moynihan as a thinker, teacher and leader.  Winners also embody the Maxwell School’s dedication to understanding complex issues.

In this, the school’s 90th anniversary year, Maxwell is launching its Tenth Decade Project to develop and fund further initiatives in citizenship education, scholarship and engagement. When completed, the project will allow Maxwell to approach its 2024 centennial with a range of new programs ideally suited to the future of both the school and the world at large.