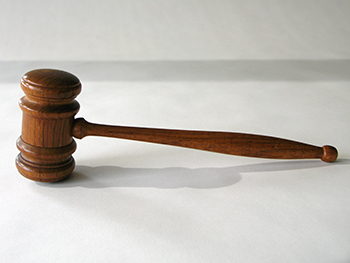 TRAC has recently added a tool that provides information on more than 900 federal district court judges.

For the first time, the public can learn which judges handle the most civil court cases, and how long it takes for judges to close those cases. Users can analyze caseload and time-to-closure data by type of case, such as civil rights, product liability and immigration. The custom-built data application then automatically compares the findings for each judge to other judges in the same district and to the nation as whole.

The data tool, developed by the Transactional Records Access Clearinghouse (TRAC) at Syracuse University, officially launched Oct. 14. On the same day, TRAC released a report with findings mined from the tool, which include:

“Over and over again, history has shown us that a fair judiciary is essential for the maintenance of a functioning democracy,” says David Burnham, an associate research professor at the Newhouse Schooland TRAC’s co-director. “The Judge Information Center is dedicated to the belief that to assure this goal in the years ahead, the collection of independent, comprehensive and accurate information about the working of court system be expanded.”

The new data on civil matters is being added to TRAC’s existing Judge Information Center, which includes sentencing data for all federal criminal cases, as well tools to explore the practices of administrative immigration court judges. There has been considerable interest among lawyers, law schools, judges, public interest groups and others since the launch of the Judge Information Center’s criminal and immigration data service in 2012. Even the U.S. Justice Department subscribes.

The data behind the new tool comes from several sources, mixing publicly available data from the administrative office of the U.S. Courts with data TRAC has mined from the electronic court filing system known as PACER, as well as data obtained by TRAC from the Justice Department through a series of Freedom of Information Act requests and subsequent lawsuits.

“The work it takes to compile, structure and verify millions of records from disparate sources is considerable,” says TRAC Co-Director Susan Long, an associate professor at the Whitman School. “We believe the results are worth it, with findings that provide researchers, journalists and lawyers unique insights into the least examined branch of government.”

The data tool’s top-level statistics can be accessed by anyone with an internet connection. Drill-down reports on each judge are available by subscription. TRAC employs a sliding scale based on an organization’s nonprofit status and size to make its data tools as accessible as possible.

Burnham and Long founded TRAC 25 years ago. It is one of the oldest independent organizations covering federal enforcement and federal judges. In addition to critical support from Syracuse University, TRAC has been funded by foundations including Carnegie, Ford, Knight, MacArthur, Rockefeller and the CS Fund.

How the NHL Is Paving the Way for Business Leaders Everywhere

Rick Burton, the David B. Falk Endowed Professor of Sport Management at Falk College, shared his expertise in Sports Business Journal’s article “Lessons through hockey as NHL joins busy slate.” In this article, Burton shares an excerpt from his new book…

Suicide Is A Leading Cause Of Death In The U.S., Despite Decrease During COVID-19

Shannon Monnat, professor of sociology in the Maxwell School, was featured in Grid for the story “U.S. suicide rates rose again in 2021, ending a brief decline during the covid pandemic.” The article highlights that despite the small decrease in suicide…

Scott Landes, associate professor of sociology in the Maxwell School, was quoted in Disability Scoop for their story “COVID-19 Was Leading Killer Of People With Developmental Disabilities.” The article explains how recent research shows that people with developmental disabilities were more…

Jeff Karson, professor of tectonics & magmatism of rifts and transform faults in the College of Arts & Sciences’ Department of Earth and Environmental Sciences, shared his expertise in Hollywood Reporter’s article “​​‘The Rings of Power’ Showrunners — and a…