“CSI: Crime Scene Investigation” has been on television for nearly 14 years and in that time, has won numerous awards for acting. But Syracuse University has its own cast of forensic characters, and instead of an Emmy award, the Forensic and National Security Sciences Institute (FNSSI) is celebrating the recent achievement of two of its scientists. 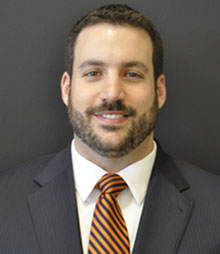 Michael Marciano, senior scientist, and Kevin Sweder, director of research, are the recipients of an 18-month, $213,000 award from the National Institute of Justice.

Marciano and Sweder, along with other FNSSI colleagues, will lead a team of researchers from the Onondaga County Center for Forensic Sciences and the New York City Office of the Chief Medical Examiner as they research DNA profiling techniques.

The project will focus on a core need in forensic investigations, the ability to separate DNA profiles of individual donors within a mixed sample.

Fortunately, Marciano, along with Jonathan Adelman, an FNSSI consultant, developed a method for mixture analysis that will address these limitations through the development and optimization of a computational approach to DNA mixture interpretation, combining data mining and artificial intelligence.

“This approach will likely have significant and immediate impact on the ability of forensic scientists to identify individual DNA profiles on crime scene evidence,” says Marciano, “Ultimately, this research could lead to enhanced public safety and potential exoneration of individuals wrongly convicted.” 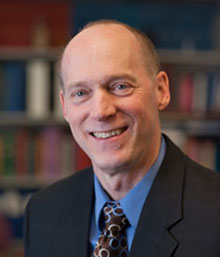 “Obtaining clear, rapid separation among DNA profiles will require that we improve the manner in which we analyze DNA,” says Sweder. “I am proud of Mike’s work and I am particularly glad to see the tremendous progress the budding bioforensics program has made in such a short amount of time. This award is a testament to the hard work of our scientists and I have no doubt we will see many great things in the years to come.”

Marciano earned a master’s degree in forensic molecular biology from the State University of New York at Albany. As a practicing forensic scientist at the Onondaga County Center for Forensic Sciences, Marciano was recognized in federal and state courts as an expert in DNA analysis.

Sweder earned a Ph.D. in biochemistry from the California Institute of Technology. He has extensive experience in academic and industrial settings with biochemical and toxicological research. He joined the Syracuse University faculty in 2010.