Distinguished conductor Rebecca Rottsolk of Seattle will be the guest conductor for Syracuse University’s 12th Annual Invitational Women’s Choir Festival and concert on Saturday, Oct. 25, at 4 p.m. Approximately 175 high school and collegiate women singers from New York State will join forces to present the concert “Here, In Love and Majesty” in the Rose and Jules R. Setnor Auditorium, Crouse College. It is free and open to the public. 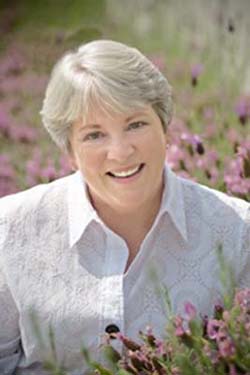 Under the direction of Rottsolk, the combined choirs will sing “A Witness to Majesty” by Andrea Ramsey, “Tundra” by Ola Gjeilo and “Here” by Joan Szymko. Performances by the individual choirs will include “Diu Diu Dang A,” a Taiwanese folksong arranged by Chien Shan-Hua, “Evening” by Ruth Morris Gray, “I Am Only One” by Adolphus Hailstork, “O bone Jesu” by Johannes Brahms and “Eatnemen Vuelie” by Frode Fjellheim.

Rottsolk is co-founder/director of Mirinesse Women’s Choir, an auditioned choir of 60 women. Many of the singers are alumnae of the Northwest Girlchoir (NWGC), for which Rottsolk served as artistic director from 1982-2001. Under her direction, NWGC became one of the most respected youth choral programs in America.

Rottsolk is a frequent guest conductor of all-state choirs and festivals as well as workshops on conducting and rehearsal technique. She edits a choral series for Alliance Music Publications. She holds degrees from St. Olaf College and Pacific Lutheran University and is a past national chair of the American Choral Directors Association National Committee on Children’s Choirs.

For most Setnor Auditorium concerts, free and accessible parking is available in the Q-1 lot. If the lot is full or unavailable, patrons will be directed to an alternate lot. Campus parking availability is subject to change; call 315-443-2191 for current information. For more information about the festival and concert, contact Tagg at 315-443-5750 or btagg@syr.edu.