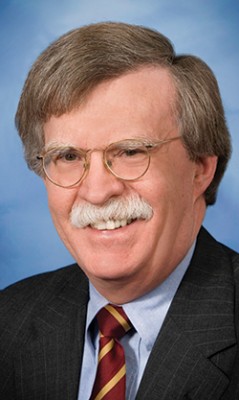 Bolton was appointed as United States Permanent Representative to the United Nations, and served as Under Secretary of State for Arms Control and International Security under President George W. Bush.

Bolton is currently a senior fellow at the American Enterprise Institute (AEI), a Fox News Channel commentator and of counsel to the Washington, D.C., law firm Kirkland & Ellis. He was a foreign policy adviser to 2012 presidential candidate Mitt Romney.