Three Will Be Honored with George Arents Award at Orange Central

Three distinguished alumni will be honored by Syracuse University for their accomplishments during Orange Central Weekend Oct. 9-12.

Richard M. Jones ’92, G’95, L’95, Angela Y. Robinson ’78 and Donald Schupak ’64, L’66 will receive the George Arents Award, the University’s highest alumni honor. The award recognizes alumni who are pioneers and leaders in their fields. Jones will be honored for excellence in financial law; Robinson for excellence in broadcasting; and Schupak for excellence in entrepreneurship.

The luncheon honoring this year’s three Arents Award recipients will be held Friday, Oct. 10, at 11:30 a.m. in Goldstein Auditorium of the Hildegarde and J. Myer Schine Student Center. Tickets to the luncheon are $25 per person and reservations are required. Students may attend the award portion of the event (balcony seating) at no charge. For ticket information, visit http://orangecentral.syr.edu, call 1-800-SUALUMS or email orangecentral@syr.edu. 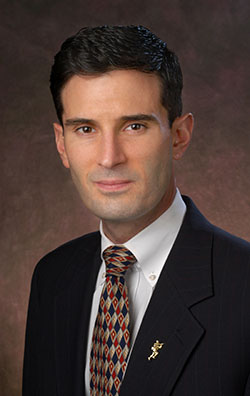 Jones serves as executive vice president, general tax counsel and chief veteran officer for CBS Corp. He oversees worldwide tax planning, strategy, operations, litigation and legislative matters, along with all veteran-related initiatives, for the company. Jones is committed to ensuring that the sacrifices of the nation’s veterans and their families are never forgotten, and that CBS is doing all it can to promote their well-being.

Prior to joining CBS in 2005, Jones spent two years as vice president, senior tax counsel and assistant treasurer for General Electric (NBC Universal), where he was responsible for all domestic and international tax planning, structuring, mergers and acquisitions, operations and controversy matters.

Jones spent more than a decade as a certified public accountant and tax lawyer with Ernst & Young, working in the company’s media and entertainment and transaction advisory services practices. He also served as a law clerk for the New York State Supreme Court, Appellate Division, in the chambers of Judge John P. Balio. Prior to re-entering civilian life, Jones was a non-commissioned officer in the U.S. Army, where he served as a member of the 75th Ranger Regiment and 10th Mountain Division.

Jones earned both law and accounting degrees from Syracuse University and, in addition, a graduate law degree from Boston University. He is admitted to practice before the courts of New York, Connecticut and the District of Columbia, and is licensed to practice before the U.S. Supreme Court and the U.S. Tax Court. As a member of the American Institute of Certified Public Accountants and the New York Society of CPAs, he serves on the Corporate and Partnership Taxation committees. He is a member of the American Bar Association and the New York State Bar Association, where he serves on the Corporate Counsel, Tax Policy and Mergers & Acquisitions/Joint Ventures committees and is a member of the American Association of Attorney-Certified Public Accountants. A noted lecturer, Jones is a faculty member of the Practicing Law Institute.

A life member of the American Legion and Disabled American Veterans, Jones is a passionate champion for veterans nationwide. He was appointed by Congress to serve on the Advisory Committee on Veterans’ Employment, Training and Employer Outreach (ACVETEO) at the U.S. Department of Labor and U.S. Veterans Administration. He sits on the boards of the Wounded Warrior Project, Syracuse University’s Institute for Veterans and Military Families (IVMF), the Uniformed Services Justice and Advocacy Group (USJAG), the Easter Seals Dixon Center for Military and Veterans Community Services, and the Aaron Grider Foundation. Jones is an advisor to Veteran’s Advantage and ACT Today!, which focuses on autism care and treatment for military families.

Jones lives with his wife and two children in Bedford, N.Y. 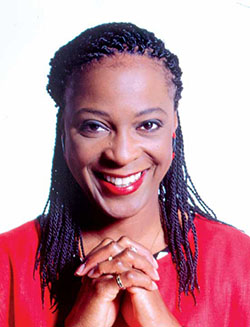 An Emmy award-winning broadcast journalist, Robinson is host and executive producer of the award-winning program “IN CONTACT,” Atlanta’s only news and public affairs talk show covering topics from an African American perspective. Robinson is also a partner in R&W Media Group, specializing in sports media education.

From 1994-1997 Robinson was primary news anchor for the Atlanta NBC affiliate, covering such stories as the 1996 Olympic torch run and games, the Olympic Park and abortion clinic bombings in Atlanta, the Super Bowl and the World Series. Her duties also included serving as public affairs talk show host.

Prior to work in Atlanta, Robinson spent 10 years at WTTG, FOX Television’s award-winning newscast in Washington, D.C., as a reporter, talk show host and primary news anchor. There she covered local and national news stories and major sporting events, earning several Outstanding Awards of Excellence for her reporting and anchoring. From 1978 to 1983 Robinson worked as an editor and general assignment reporter for Atlanta’s CBS affiliate, where she played a key role in coverage of the city’s missing and murdered children.

Robinson earned a bachelor’s degree in television and radio from the S.I. Newhouse School of Public Communications, and she has supported the University in countless ways. She established the Angela Y. Robinson Endowed Student Scholarship Fund, and serves on the Newhouse School Advisory Board and the University’s Atlanta Regional Council. Robinson was awarded the 1995 Chancellor’s Citation for Distinguished Achievement in Journalism, and in 2012 Syracuse University honored her with an Orange Circle Award, recognizing her deep responsibility for extraordinary philanthropic acts. Robinson is also a Telly Award winner, honoring her work in video production with Syracuse University.

Robinson has been honored as one of Atlanta’s top 100 Black Women of Influence, Who’s Who in Black Atlanta, and has received the Absolute Africa Award for her contributions to the African American community. She is a 2009 Torchbearer recipient, presented by the Rev. Dr. C.T. Vivian Leadership Institute, a nonprofit organization founded by the civil rights icon. 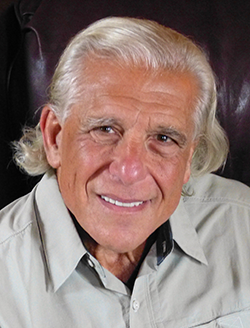 Schupak is a founder and senior managing member of SGI Cambium LLC, a New York City-based merchant bank and registered broker dealer. An expert in strategic planning and international tax law, he has served as chairman, chief executive officer, chief operating officer and strategy consultant for a number of public and private companies, including several Fortune 100 companies.

Schupak’s engagements have ranged from consulting for IBM to helping banks and institutional investors develop and manage turnaround strategies for troubled investments. His work has exposed him to a vast range of industries, including banking, insurance, marketing, textiles and apparel, professional sports, gaming, hospitality, Internet games, online training and international trading.

Spending two years as chairman, CEO and president of Horn & Hardart, an American Stock Exchange company, Schupak successfully restructured the company’s restaurant and hospitality operations, and its balance sheet. He refocused Horn & Hardart as a direct marketing retailer, more than doubling revenues of its direct marketing subsidiary to more than $500 million and increasing earnings by more than 400 percent. Schupak previously served as vice chairman for the company and pioneered database marketing during that time.

Prior to his activities in management and finance, Schupak founded his own law firm. With offices in New York City, Geneva and London, the firm specialized in corporate law, taxation, reorganizations and finance. Schupak also served as managing partner of the Spirits of St. Louis, the American Basketball Association team, and negotiated several ground-breaking deals on the team’s behalf.

In the 1990s, he developed a new model for inner-city high school education. Partnering with the New York City Board of Education and the Maxwell School of Citizenship and Public Affairs, Schupak founded the Leadership and Public Service High School, which employs the values inherent in public service and the interpersonal leadership skills necessary for success.

Schupak was even entrepreneurial during his student years, forming a talent management and booking agency. He became Lou Reed’s first manager, booked bands for hundreds of Greek and University functions, and promoted concerts at a variety of venues—including James Brown at the War Memorial in Syracuse.

Schupak earned a liberal arts degree from the College of Arts and Sciences and a J.D. degree from the College of Law—attending medical school at SUNY Upstate Medical University at the same time. He was also senior editor of the Law Review, a member of the Order of the Coif honor society, and founded his own music management and recording business while pursuing his studies. He and his wife, Cynthia, have five children, two of whom are Syracuse University graduates. His son, Sean, is currently a senior at the Newhouse School.