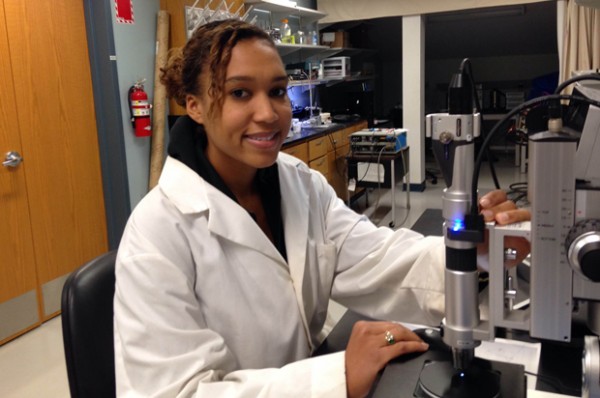 College of Engineering and Computer Science Ph.D. student Ariel Ash-Shakoor is a research assistant in the Syracuse Biomaterials Institute.

Doctoral student Ariel Ash-Shakoor is helping create biomaterials that are more biocompatible, better able to interact with human cells that are damaged or diseased.

As a research assistant in the Syracuse Biomaterials Institute (SBI), the third-year bioengineering graduate was given a strong nod of encouragement to continue through a National Science Foundation Graduate Research Fellowship (NSF GRFP).

Ash-Shakoor engineers biomaterials to understand the effects of chemistry, topography and stiffness on cell behavior with the biomaterial, with specific areas of wound healing and stem cell applications.

Ash-Shakoor, whose mentors are Patrick Mather, the Milton and Ann Stevenson Professor of Biomedical and Chemical Engineering and SBI director, and Associate Professor James Henderson, is one of three Syracuse University students in 2014 to win the NSF Graduate Research Fellowship.

The other winners are Kelsey John, a Ph.D. student in cultural foundations of education, and David Wilson ’14, a graduate in biomedical engineering who began a Ph.D. program at Johns Hopkins University this fall.

Fellows receive a three-year annual stipend of $32,000, along with a $12,000 cost of education allowance for tuition and fees, and have opportunities for international research and professional development, while conducting their research at any U.S. graduate institution.

Ash-Shakoor applied for the fellowship as her time as a National Science Foundation Integrative Graduate Education and Research Traineeship (IGERT) fellow was ending. “It allows you creative freedom, and so that’s why I think it’s appealing to me and many other students,” says Ash-Shakoor, who also appreciated the possibility of international research. “You get to design or pitch your own project or whatever you’ve been working on previously.” 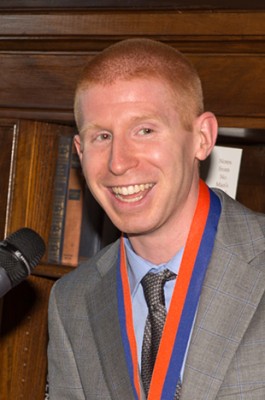 Wilson was encouraged to apply by his undergraduate research advisor, Associate Professor Rebecca Bader, whom he had worked for in SBI. “I honestly didn’t think I had that great of a chance,” says Wilson, noting he would be competing with many accomplished students across the country with multiple publications.

Students can make their case in the two written pieces in the application, a personal essay and a research statement.

“There’s very little chance anyone will do that research, but it’s more that they’re looking for you to think innovatively,” Wilson says.

The fellowship now means he doesn’t have to worry about costs for three years and can keep his focus on the work.

Wilson is now working in the biomaterials and drug delivery lab of Associate Professor Jordan Green on treating cancers, such as an invasive type of brain cancer that is difficult to treat, with targeted gene delivery.

“With gene delivery you can knock down certain genes in tumor cells and then either change their genetic expression to make them more susceptible to chemo or radiation treatments or make the cells basically self-destruct,” Wilson says.

People become sick from treatments because chemotherapy or radiation are applied at high doses, arresting cell division of both healthy and tumor cells.

“With gene therapy, you could potentially have treatments where it wouldn’t make you sick to be treated. The research I’m working on now is only a tiny portion of that goal, but it’s very long process,” Wilson says. 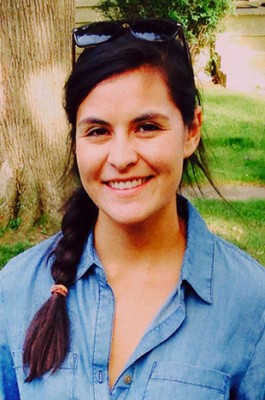 For John, the fellowship is helping her interdisciplinary work in the areas of sociology and social psychology to look at issues of race and education.

John says it was a little unorthodox for an education student to apply for an NSF fellowship. “But one of the major things in my research is bridging gaps and finding common ground between different camps of thought,” John says. “I felt like I could situate it in a way that would do that and have implications more broadly than if I only situated it within an education context.”

“I really wanted to get at the complexity of that by looking at how a mixed race individual, particularly Native American multiracial people, navigate these systems,” John says. “It gets very complicated with mixed race and especially with Native American people who also have another element of tribal enrollment that comes along with identity.”

John encourages other students to consider how their work might fit with an NSF Graduate Research Fellowship.

“Even if it seems your work wouldn’t necessarily fit into what one would conceive of as science, I would argue that it probably does and it can expand on the idea of what we think of as science,” says John, whose faculty advisor is Professor Gretchen Lopez.

To help students prepare for the next round of NSF GRFP applications, the Office of Research, the Graduate School and the Center for Fellowship and Scholarship Advising are partnering for the second year to offer writing workshops.