Syracuse University will recognize the extraordinary contributions of both its senior alumni and its younger alumni during Orange Central weekend Oct. 9-12.

This special dinner is for alumni who have already celebrated their 50th reunion, especially those from the classes of 1939, 1944, 1949, 1954 and 1959. Cocktails are at 5 p.m.; award presentation and dinner will be at 6 p.m. Tickets are $30 per person. Registration is required for this event at http://orangecentral.syr.edu.

The Generation Orange Award will be presented to Todd Rubin ’04, during the Generation Orange Tailgate on Saturday, Oct. 11, two hours before kickoff in the Life Sciences Complex Atrium. The award honors alumni who have graduated within the past 10 years and have made an impact on campus and in their communities through their volunteer work and philanthropy on behalf of Syracuse University.

Melvin A. Eggers Senior Alumni Award
The award is presented to those alumni who have graduated more than 50 years ago and have demonstrated loyalty and service to Syracuse University. 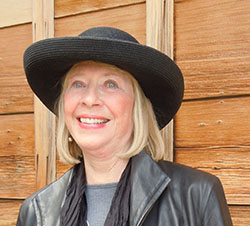 Marylyn Ginsburg-Klaus, a native of Upstate New York, earned her bachelor and master of fine arts degrees from Syracuse University in 1956 and 1957. She began her professional career as a junior high and high-school art teacher, spending eight years teaching in public schools in New York, New Jersey and then in California, where she now resides. While raising her three sons, Klaus also earned a law degree while attending night school at Northrop University.

In 1980, she established the Grand House Management Co., channeling her creativity into redeveloping and transforming properties in San Pedro, the harbor area of Los Angeles. Such ventures included a bed and breakfast at a site used by Warner Bros. for its film “Swing Shift,” starring Goldie Hawn and Kurt Russell. Next door, she had already established her first restaurant, “The Grand House,” which won favorable reviews from restaurant writers of the time, including those from Gourmet Magazine. The purchase of an older property on 7th Street was a new challenge, but after research in London and an architect’s help, this location became “The Whale & Ale,” still in operation today.

Later on, Ginsburg-Klaus purchased the property next door that became “The Grand Emporium,” currently featuring vintage vinyl, film and books, and operated by her husband, Chuck Klaus, a former National Public Radio producer and host. While working in San Pedro, she served on several local boards, including the San Pedro Peninsula Chamber of Commerce (president in 1988-89), the B.I.D., S.P.R.C. and Soroptimist International of L.A. Harbor (president in 1993-94). Ginsburg-Klaus’s leadership as an entrepreneur in the State of California was recognized in 1989 when she received an Outstanding Businesswoman’s Award at the Governor’s Conference for Women that year. She was one of three California delegates selected to attend the 33rd National Security Forum in 1986. Other awards and commendations have come from the California Legislature, Senate, U.S.A.F. Space Division, Port of Los Angeles and the Los Angeles Mayor’s Office and City Council, as well as various community organizations.

As an active member of the Rotary Club for many years, Ginsburg-Klaus’s special interest involved many international projects, including organizing and leading a study exchange project in 1990 with the Dialog Group in the (then) Soviet Union. In 1996, she was successful in obtaining a Rotary Foundation matching grant to support an Orphan House Project in the town of Sintana, Romania. She worked with other Rotarians in her district to provide sponsors for polio corrective surgery in India and participated in two of the actual projects in that nation. For many years, she hosted members of Rotary Group Study Exchange and has been actively assisting with a special project for youth near Colima, Mexico, called “Project Amigo,” where she and her husband spent a work week in March 2014. While there, she visited with Nallely, a young woman who has received her educational support from Ginsburg-Klaus since she was in junior high school and who is currently completing her final year of law school at Colima University.

Ginsburg-Klaus’s many local philanthropic and civic engagement activities include support of the Palos Verdes Center for the Performing Arts, the Palos Verdes Art Center and Museum of Latin American Art, where she was a sponsor for Frida Kahlo and Esterio Segura exhibitions. At Syracuse University, she serves on the College of Visual and Performing Arts Advisory Council, sponsors the “Art Week in L.A.” program for M.F.A. students, and more recently established the Turner Post-MFA Engagement Fellowship, as well as providing significant support for the Setnor School of Music’s All-Steinway campaign.

In her spare time, Ginsburg-Klaus enjoys spending time with husband as well as family and friends. That family includes sons Jeffrey, Daniel and Gregory, their wives, four grandchildren and two great-grandchildren. She continues to be an avid reader, traveler, gardener, art collector and photographer. Marylyn and Chuck hope to continue to support education and the arts as much as they can and invite others to join them! 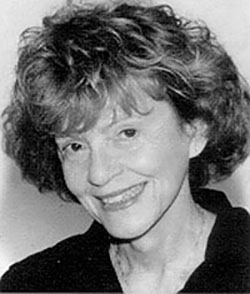 Kalish is a former president of Women in Film and currently serves on its Foundation Board of Trustees. She is past vice president and board member of the Writers Guild of America, West, and in 2004 received the guild’s Valentine Davies Award, given to writers who have contributed to the entertainment industry and brought dignity and honor to the writing profession. Kalish is also a trustee of the Motion Picture and Television Fund.

She is an emeritus Advisory Council member of the College of Visual and Performing Arts, and currently serves on the board of Syracuse University’s Alumni Club of Southern California. In recognition of her years of service to Syracuse, Kalish was installed on the Newhouse School’s Wall of Fame and the Alumni Gallery in the College of Arts and Sciences. In 1997, she received the George Arents Award and an honorary doctorate in speech and dramatic arts in May 2007.

Kalish has taught master classes in screenwriting at the Newhouse School, University of Southern California and the University of California, Los Angeles, and is the author of two mystery novels.

Kalish has been married for seven happy years–and seven out of 66 is not bad–to writer/director Austin (Rocky) Kalish. They have a daughter, Nancy; a son, Bruce; and two grandsons.

This award is presented to alumni who have graduated within the past 10 years and have made an impact on campus and in their communities through their volunteer work and philanthropy on behalf of Syracuse University. 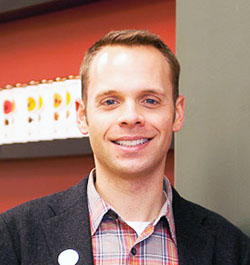 After graduating from Syracuse University’s School of Architecture, Todd Rubin started his career as a junior designer in the New York City office of Gensler, the global architecture and design firm, where he focused primarily on retail design.

Today, Rubin is a vice president responsible for new business development, sales systems and new product development for the Republic of Tea, a family-owned and operated company based in Novato, Calif. He has utilized his background in architecture throughout the Republic of Tea brand by overseeing the design of the company’s shipping center in Nashville, Ill., as well as its headquarters, located in Novato’s Hamilton Landing.

Rubin currently serves on the School of Architecture’s Advisory Board and, through a generous gift from the Rubin Family Foundation, has established the Rubin Global Design Studio at the school. The program brings a visiting architect to Syracuse to teach a design studio in collaboration with a faculty member, and takes first-year graduate students to an international city for a week to study and analyze modern and contemporary urban and architectural design.

The trip is a unique opportunity for architecture students to experience the cultural and political conditions that produce a city with quality of public space, public housing and sustainability policies. The inaugural Rubin Global Design Studio took architectural students, along with Rubin, to Copenhagen, Denmark, in 2012; Baku, Azerbaijan, in 2013; and Taipei, Taiwan, in 2014.

Rubin’s favorite cup of tea is Lucky Irish Breakfast and he enjoys traveling and reading.