The Department of Religion in the College of Arts and Sciences is celebrating new books by two of its professors.

Gustav Niebuhr is the author of “Lincoln’s Bishop: A President, A Priest, and the Fate of 300 Dakota Sioux Warriors” (Harper Collins, 2014); Gareth Fisher, “From Comrades to Bodhisattvas: Moral Dimensions of Lay Buddhist Practice in Contemporary China” (University of Hawaii Press, 2014).

“We are fortunate to have two scholars—at different stages of their careers—achieve such tremendous scholarly success,” says James Watts, professor and chair of religion. “Professor Niebuhr, a foremost authority on contemporary religion and the media, in this book brings his insight and clear prose to bear on their potent interaction 150 years ago. Professor Fisher’s book places him in the forefront of those studying emerging religious movements in post-Maoist China.” 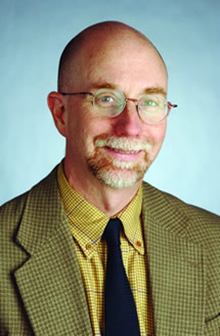 A former religion reporter for The New York Times, The Washington Post, and The Wall Street Journal, Niebuhr specializes in religious pluralism in the United States. His latest book tells the story of the Rev. Henry Benjamin Whipple, who served as the first bishop of the Episcopal Diocese of Minnesota from 1859 until his death in 1901. Throughout his career, Whipple lobbied tirelessly on behalf of the state’s Native American groups, particularly the Dakota and Ojibwe.

“I focus primarily on Whipple’s activities in 1862, before, during and after the Dakota War, during an uprising of Dakotas against white settlers and soldiers in southern Minnesota,” says Niebuhr, who also penned the best-selling “Beyond Tolerance: Searching for Interfaith Understanding in America” (Viking, 2008). “During the five-week war, Whipple not only nursed injured settlers on the battlefield, but also traveled to Washington to speak to President Lincoln about the government’s unfair and corrupt treatment of the Dakota, which Whipple believed had impelled the Dakota to take up arms.”

A Syracuse faculty member since 2004, Niebuhr also directs the college’s Religion and Society Program and is dually appointed to the faculty of the S.I. Newhouse School of Public Communications. Niebuhr is the recipient of many honors and awards, including an honorary degree from Elmhurst College in Illinois, a Distinguished Writer Award from the Presbyterian Writers’ Guild, and a Religious Liberty Award from the Associated Baptist Press. He earned a master’s degree from the University of Oxford (U.K.). 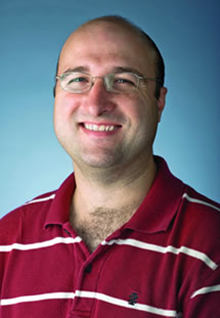 Based on a 10-year study of lay Buddhist practitioners in Beijing, Fisher’s book seeks to explain the recent revival of Buddhism in China, after several decades of government restriction.

“Much of my book looks at working-class practitioners, many of whom have been negatively impacted by China’s new economic reforms,” says Fisher. “I detail the long-term struggle of this group of people, as they seek to find a new identity within China’s fast-growing, urban climate.

Prior to joining Syracuse’s faculty, Fisher was a visiting lecturer at the University of Richmond and a postdoctoral associate at Yale University’s Council on East Asian Studies. He earned a Ph.D. in anthropology from the University of Virginia.