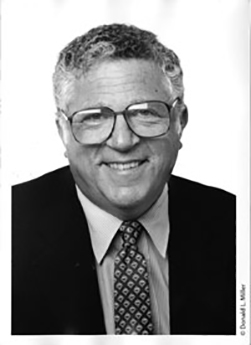 Ravitch is a lawyer, businessman and public official who has been engaged in both private and public business for more than 50 years.  He was chairman/CEO of HRH Construction Corp. and later chairman/CEO of Bowery Savings Bank. He served as lieutenant governor of the State of New York from 2009-2010.

Since 1975, Ravitch has chaired a series of public corporations and commissions, including the New York State Urban Development Corp., which he helped rescue from insolvency; the Metropolitan Transportation Authority, which he reorganized; and the Charter Revision Commission of the City of New York.  Most recently, he co-chaired the State Budget Crisis Task Force with the former chairman of the Federal Reserve, Paul A. Volcker.

The Tanner Lecture Series on Ethics, Citizenship and Public Responsibility provides a public forum for exploring questions about ethical citizenship in provocative and challenging ways. The series has been generously endowed by alumnus W. Lynn Tanner ’75 PhD, founder, CEO, and chairman of TEC Canada, a leadership development organization dedicated to accelerating the growth and development of outstanding 21st-century leaders.  The lecture series is coordinated by the Campbell Public Affairs Institute at the Maxwell School of Citizenship and Public Affairs.