The Central New York Humanities Corridor will present two installments of its fifth annual Digital Witness Symposium. The first one is on Wednesday, Oct. 1, in room 127 of the Kirner-Johnson Building at Hamilton College (198 College Hill Rd., Clinton, N.Y.). The second is on Thursday, Oct. 2, at 7 p.m. in Watson Theater of Syracuse’s Robert B. Menschel Media Center.

The Digital Witness Symposium continues a collaboration established last year with Hamilton College, following the addition of the New York Six Liberal Arts Consortium to the Humanities Corridor. The Digital Witness Symposium invites cutting-edge media-makers, programmers and scholars to discuss how the changing digital media ecology is creating opportunities and challenges for human rights media. This year’s symposium will focus on how activists, media-makers and designers are using digital code and software design to re-engineer the very possibilities of human rights media.

Co-sponsors include the Syracuse University Humanities Center in the College of Arts and Sciences, the S.I. Newhouse School of Public Communications, and the Digital Humanities Initiative at Hamilton College. American Sign Language Interpretation will be provided.

“The digital media revolution has created new distribution and exhibition platforms for independent media,” says Roger Hallas, associate professor of English and co-organizer of the symposium. “Many media makers and activists are now genuinely thinking through the digital. They use digital code and software design to create innovative and transformative media experiences to engage both individuals and communities.” 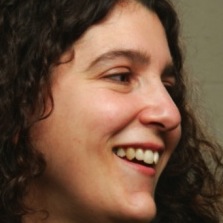 Featured speakers include Sarah Wolozin, director of the Open Documentary Lab at the Massachusetts Institute of Technology; and Patricia Zimmermann, professor of screen studies at Ithaca College and co-director of the Finger Lakes Environmental Film Festival.

Wolozin, who develops and oversees lab projects and operations at the Open Documentary Lab, has produced documentaries and education media for a host of media outlets, including PBS, the Learning Channel, the History Channel, NPR, numerous websites and museums.

Zimmermann is the author of several books on amateur and documentary film making. She is the co-author with Dale Hudson of the forthcoming book “Thinking Through Digital Media: Transnational Environments and Locative Places.” 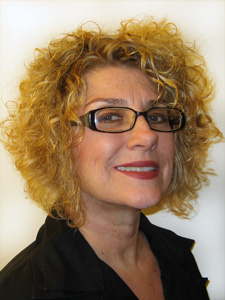 “The symposium represents a wonderful example of the kind of collaboration facilitated by the Humanities Corridor,” notes Tula Goenka, associate professor of television, radio and film and co-organizer of the symposium. “Our annual event helps connect students and faculty working on digital media and social justice across campus and, through our collaboration with Hamilton College’s Digital Humanities Initiative, to other institutions in our region.”

Funded from an award by the Andrew W. Mellon Foundation, the Corridor encompasses Syracuse, Cornell University, the University of Rochester and the New York Six Liberal Arts Consortium (Colgate and St. Lawrence universities; as well as Hamilton, Skidmore, Union and Hobart and William Smith colleges). The Corridor consists of more than 60 working groups, involving some 300 faculty members, who engage in scholarship in philosophy; linguistics; visual arts and culture; musicology and music history; the digital humanities; language, literature and culture; and archives and media. In addition to Syracuse’s Gregg Lambert, the Corridor is co-led by Rochester’s Matthew BaileyShea, Cornell’s Tim Murray and Colgate’s Mary Ann Calo.