Josh Grabelle ’96, L’01, founder and president of Bullet Tooth, a heavy music record label and publishing company, will present a lecture on Thursday, Sept. 25, at 6:30 p.m. in the Lender Auditorium (Room 007), located on the concourse level of the Martin J. Whitman School of Management. The lecture is part of the Bandier Program’s Soyars Leadership Lecture Series in the College of Visual and Performing Arts’ (VPA) Rose, Jules R. and Stanford S. Setnor School of Music and is open to the University community. 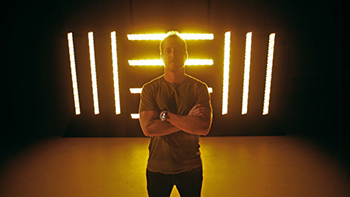 Grabelle’s first step on his journey as a music promoter began at age 13, when he listened to his first punk rock album. By age 18, he was promoting shows from the basement of his parents’ home in New Jersey. As a student at Syracuse University in the early 1990s, he started the fanzine Trustkill, later turning it into a label. He entered the University’s College of Law to study intellectual property and received his law degree in 2001.

Grabelle later turned his focus solely to music, launching the careers of numerous artists, including Bullet for My Valentine, Memphis May Fire and Eighteen Visions, and selling more than two million albums through the Trustkill brand. He started Bullet Tooth in 2010.