‘The Image of the Black in Western Art: The Final Stages’ Subject of Sept. 25 Lecture 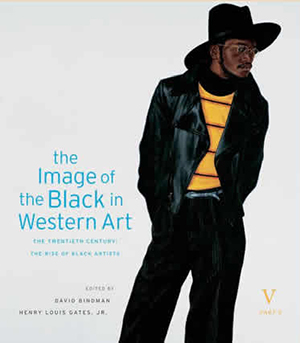 David Bindman, professor emeritus of art history at University College London and a senior fellow at Harvard University’s Hutchins Center, will present a lecture titled “The Image of the Black in Western Art: The Final Stages” on Thursday, Sept. 25, at 6:30 p.m. in 132 Lyman Hall. The lecture is free and open to the public.

Bindman’s lecture is co-sponsored by the departments of Art and Music Histories (AMH) and of English, both in the College of Arts and Sciences; the Department of History and the Center for European Studies (in the Moynihan Institute of Global Affairs), both in the Maxwell School of Citizenship and Public Affairs; and the Department of Communication and Rhetorical Studies in the College of Visual and Performing Arts.

The event draws heavily on “The Image of the Black in Western Art” (Harvard University Press, 2010-14), an iconic 10-volume series, edited by Bindman and fellow Harvard professor Henry Louis Gates, Jr. The series grew out of an ambitious research project and photo archive by the same name, started in the 1960s by art patrons John and Dominique de Menil.

The final volume of the series, “The Rise of Black Artists,” is due out this fall. Among the issues it addresses are the representation of blacks by blacks in the West; U.S. migration and globalization; European traditions and experimentation; and photography, jazz and activism.

“Professor Bindman is a world-class scholar who has devoted years to chronicling the shifting perspectives of black art, as well as works by and for black artists,” says organizer Romita Ray, an associate professor of AMH. “He will discuss how this series addresses black art, in relation to its cultural, social, economic and political contexts.”

Bindman has taught and lectured extensively throughout the United States and has held fellowships at Yale University, the National Gallery of Art, the Getty Institute and Harvard’s Du Bois Institute. A scholar of 18th-century British art, he attended Oxford University, Harvard University and the Courtauld Institute at the University of London.