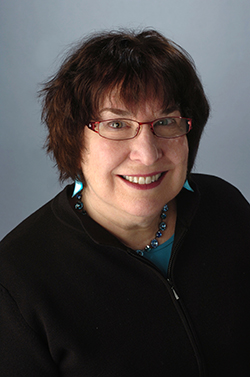 “I know that I speak for all of her colleagues in expressing deep sadness over Sari’s passing,” says Eric F. Spina, Syracuse University vice chancellor and provost. “Her enthusiasm and contributions to this University—and to generations of students—in teaching, scholarship and service, have been so valuable. The impact of her loss will be felt not only by the School of Education, but by this entire academic community and by alumni and friends across the country.”

Biklen, 68, retired from the School of Education in May 2014, after 38 years of service to Syracuse University. During her tenure, she served as department chair of Cultural Foundations of Education; was director of the Institute for Popular Culture, Media Literacy and Education; and held a courtesy appointment in the Sociology Department of the Maxwell School.

“Sari’s passing leaves us with a hole in our hearts, but she has gifted us with so much and her influence is deep,” says Barbara Applebaum, professor and department chair of Cultural Foundations of Education. “Under her guidance as department chair, the reputation of Cultural Foundations of Education was enhanced across campus and nationally. She was a caring friend and colleague and a compassionate mentor to both students and faculty.”

A revered scholar, teacher, mentor and advisor, Biklen was recognized with many national and University accolades. She received the Chancellor’s Citation for Excellence in Scholarship (2009), was appointed a Laura J. and L. Douglas Meredith Professor for Teaching Excellence (1999), and appointed a University Scholar by the American Association of University Women (1999). She was the recipient of a Syracuse University Outstanding Teacher Award (1996), the Willystine Goodsell Award for scholarship and practice in gender and education from the American Educational Research Association (1988), and was a Rio Tinto-LaTrobe University Distinguished Visiting Fellow, in Melbourne, Australia (1999).

“Dr. Sari Knopp Biklen was my mentor, my teacher and my friend. Her unwavering belief in my ability to succeed laid a solid foundation for my success in the academy,” says Cerri Banks ’00 G’04 G’05 G’06, dean of the college, Mount Holyoke College. “Sari led and taught by example, challenging injustice through her scholarship and teaching, and her commitment to equity, social justice and education at the highest levels of excellence was unwavering. This stance and her advice and support gave me the courage to make brave decisions in our profession and in life.”

Prior to her long career at Syracuse University, Biklen was assistant professor of sociology and anthropology at Cazenovia College and director of its women’s studies program. She also taught public school at Martin Luther King, Jr. Elementary School in Syracuse, and taught at Hiroshima Buddhist Women’s College and Motomachi High School in Japan. She earned her Ed.D. and M.A. from the University of Massachusetts School of Education in 1973, and a B.A. in English from Earlham College in 1967.

She is survived by her partner in life, Dean Emeritus Doug Biklen (School of Education), their children Noah (Naomi) and Molly (Jason), and two granddaughters, Anika and Nora. In recent years, she and her growing family enjoyed many cherished occasions at the Biklens’ new home in rural Vermont.